When you’re a celebrity in the spotlight, there’s a solid chance that you’re going to get dragged, attacked, and called out all over social media for the most menial stuff. Let’s face it, fans can be pretty petty and forget that celebrities are actual people who have lives outside of their profession. But, we have nothing better to do with our own lives than sit on a computer/phone and tweet obscene things at celebs we will probably never meet or know personally–exhilirating. Thankfully, some celebs have no time for our garbage and don’t let our bull slide. Instead, they hit us back twice as hard and give us a true reason to be thankful.

1. When Lili Reinhart dragged body shamers who were concerned about her weight:

Thank you so much for being concerned about my weight, I'll respond later after I finish my double cheeseburger ? https://t.co/5FVhso3VOl

2. And, when she roasted a fan who called her and the Riverdale cast rude for being uncomfortable with them “attacking” them.

You do not have the right to approach STRANGERS and throw your arms around us like you know us. What you did was not cool and inappropriate

Cole's response to you was "do I know you?" After you rudely invaded our space and got in our faces.

It's easy to make us look like the bad guys because you think there's no chance in hell we would ever call you out on it. Here you go ?

3. When Cher completely annihilated a fan who called her a liar. 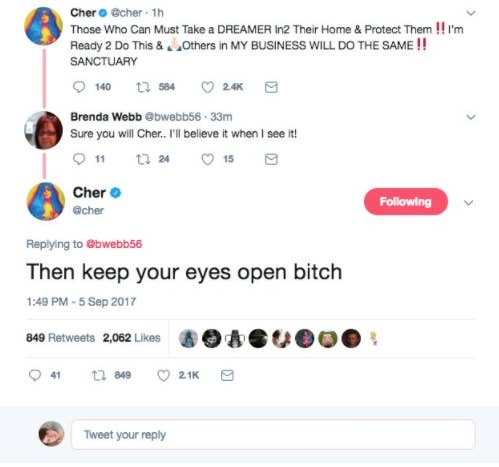 4. When Finn Wolfhard shut down model James Charles for being on his phone during a movie.

5. When Jennifer Lopez shut down rumors that she photoshops her Instagram photos. 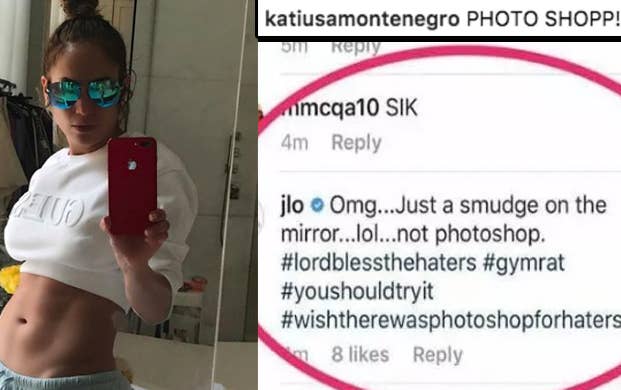