I mean I’ve definitely used the phrase “bored to death” in class many times. This takes that to a whole new level. School can be an extremely monotonous task, depending on your major the classroom is usually considered a boring place. Gotta love this professor throwing his students a curveball showing up in a coffin. I’m sure some students were a little creeped out, pretty sure everyone was very confused.  We caught wind of this picture of a teacher in a very legit looking coffin. A student named Mario (@elmariochido) tweeted out this picture of the teacher playing dead in front of his class. 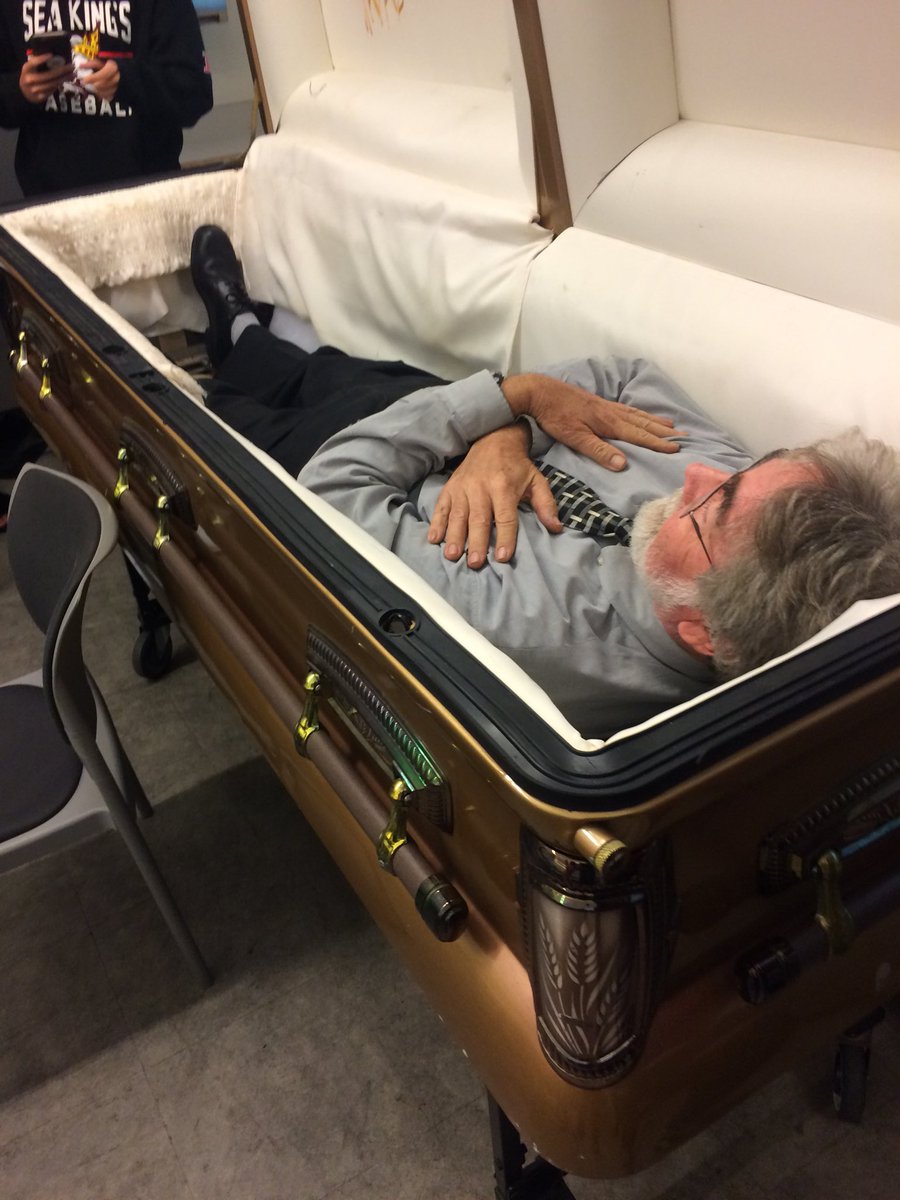 Along with the picture, Mario shared he tweeted out:

Lmaooo ?? my professor really brought a mf coffin to class to say “yall test scores had me dead” pic.twitter.com/dBzuNvyBal

Are you kidding me?! What a legend. This professor has reached a level of extra I did not previously know existed. Absolutely blown away with this move. Imagine walking into your 8:00 a.m. Monday class after a week of some heavy…. um studying. I mean I guess you’re still receiving a pretty bad grade if your professor felt it necessary to bust out the ole coffin. I wouldn’t really mind receiving a failing grade if  I was in the presence of this unfathomable amount of extra.

This is how extra I aspire to be in life pic.twitter.com/GKCA4rwBIs

Granted, I feel like we all probably share a lot of unanswered questions about this professors stunt. Does he just have a coffin on hand at all times? Should we be investigating this man? Seems like way too easy to access to one of those bad boys. A little curious of what professor is doing in his spare time, I was relieved to see I wasn’t the only one.

coffins are quite expensive, or can you rent them these days?

i have so many questions ?

They sell em on https://t.co/mTCdIbUmrx. I'm not even joking.

Costco has them too ?

Can you just imagine how he looked pulling that shit through the hallway & goin upstairs pic.twitter.com/W5hOozEP7f

This professor even had his academic colleagues jealous of the move. I guess just handing someone an awful grade folded like an upside-down taco to help hide the fact you’re a failure just won’t cut it. You know, when they do that they’re trying to hide the fact you bombed the test and help save you some embarrassment. Times are changing, I know you guys know what I’m talking about.

That man is my hero – and he has totally shamed me. From now on, I shall try that much harder to torture my #smnyit students!

Hopefully, as time passes more answers will be answered about this professor and his coffin. Regardless if you think it’s a bit strange or creepy you’ve got to give this guy credit.  I mean he definitely lightened up the classroom. This man also deserves an A++ for effort, like he really commuted to work that morning with a coffin? Does he keep it stashed on campus, just in case? The more thought I put into this the more questions arise. Either way, way to go teach! making the classroom a fun place to be.