Any Game of Thrones fan knows the tremendous amount of attention showrunners devote to tiny details. From the opening sequence where they rebuild every castle that will play a major role in each episode to little hints at what is going to happen next—it’s clear that each and every frame has been carefully curated for fans. There are dozens of people in the crew that spend long, long nights in dark rooms watching and rewatching scenes to make sure they are pristine and perfect.

But unlike the now-gone White Walkers, showrunners are human. And humans make mistakes.

It’s almost hard to believe that a show like Game of Thrones—that has so much going on in every single scene—would make such a wild mistake. About 17 minutes into Season 8, Episode 4, “The Last of the Starks,” a Starbucks (or what appears to be a Starbucks) coffee cup appears on the table in front of Daenerys Targaryen.

Let’s zoom in and brighten, in case the much-maligned GoT lighting made you miss it. 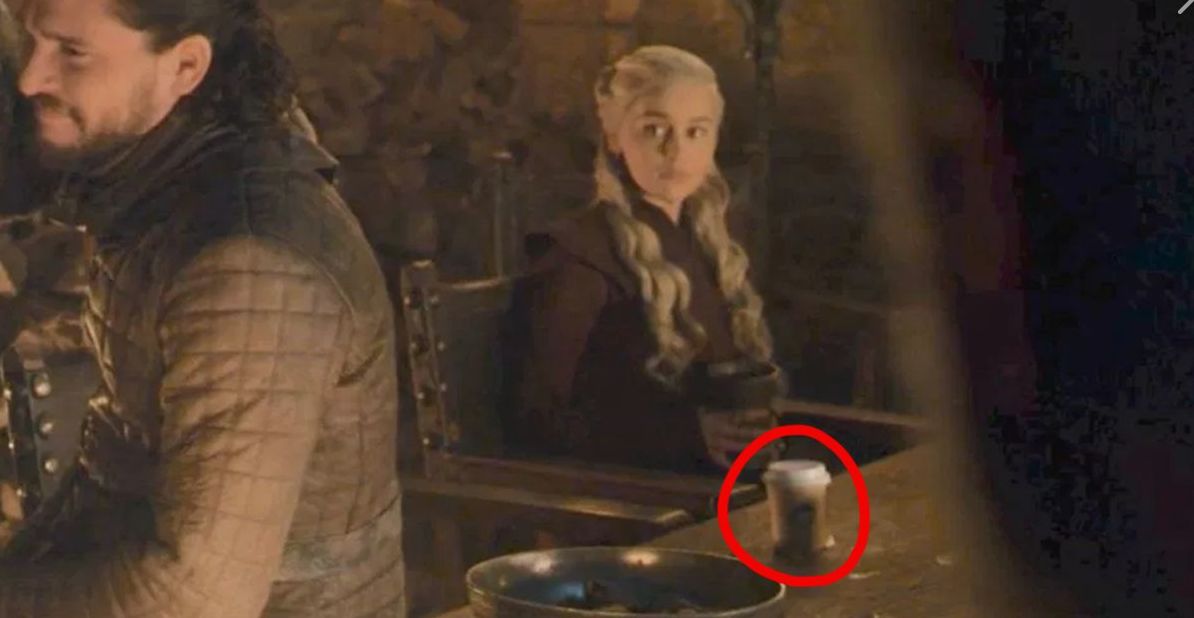 Naturally, fans on Twitter and Reddit noticed the cup immediately and began meme’ing the hell out of it. Because let’s face it, there’s no Starbucks in walking distance of Winterfell let alone the Seven Kingdoms.

You're telling me they had TWO YEARS to put together a decent show and they couldn't even spot the goddamn Starbucks cup in Winterfell??!?! #GameOfThrones pic.twitter.com/8opg7nyydv

my favorite show in the entire world forgot a STARBUCKS COFFEE CUP ON THE TABLE WHILE FILMING pic.twitter.com/60z3pOCfg9

Winterfell really got the first Starbucks in history. Crazy. pic.twitter.com/abslRqwZKr

They really took 2 years to make 6 episodes and left a Starbucks cup in a scene #GameofThrones pic.twitter.com/90Li696AmM

Clearly, the producers are never going to live this mistake down.