All of us have unique perks that come along with our jobs. Some people have huge salaries and great benefits others have summers off, which is amazing. Some folks work in places where they can steal things unnoticed to help their everyday life. I’m going to need everyone to get down off their high horses and admit it. We’ve all been there. At school when I was working at the bar, I’m basically working off of tips. Not easy to survive in college that way. So you know some paper towels here and there. Maybe some silverware would go missing or glasses would “break.” I’ll even admit I’ve popped a few lemons and limes into my bag on the way out. Now, I’m not stealing because I’m secretly an avid paper towel collector. I did it to survive and no, maybe I’m not proud of it. I also hope my boss isn’t reading this if you are sorry! Just wanted you rebellious thieves of the workplace are not alone. Here’s a list of some of the most bad ass work thieves we could hunt down.

1. She can now look in the mirror and reflect on her actions. 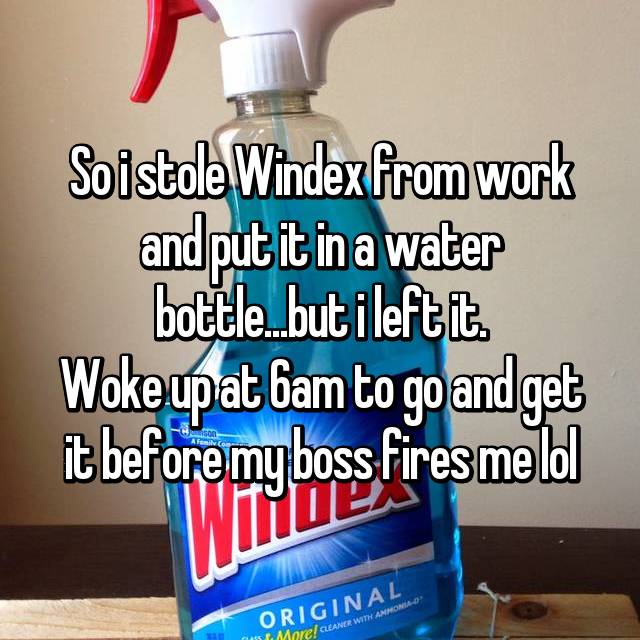 How dirty must somebodies mirror get that they turn to stealing from their job to get some surface cleaner?! I know it’s impossible to get ready in front of a gross smudged up mirror. Would I potentially risk getting fired over a bottle of  Windex? That’s a hard no. Luckily, the only penance she had was waking up at 6 a.m. to make sure she got away clean.

2. And potentially a new hobby. 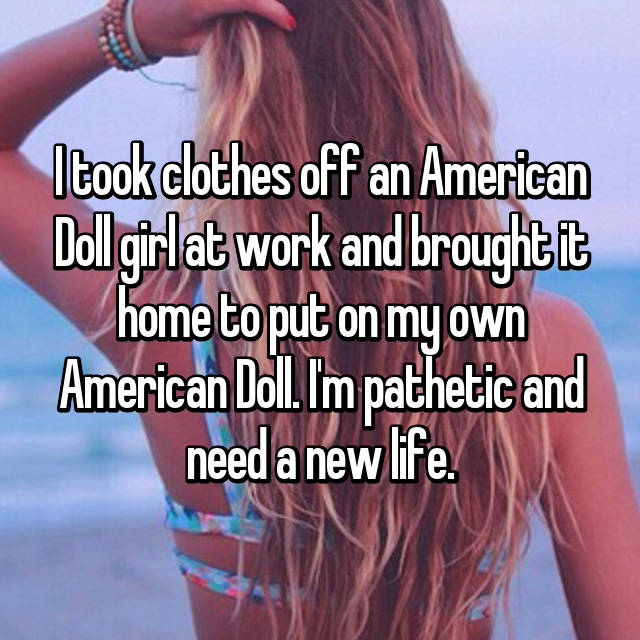 At least this post is filled with self-awareness. I mean, where to even start? I feel for this person. Surrounded all damn day with creepy dolls staring at you has to do a toll on the human mind. She probably thinks the ones she has at home are her friends and told her she needed a new outfit. Poor girl, you hate to see it.

3. Hopefully, she can use them to clean her conscience. 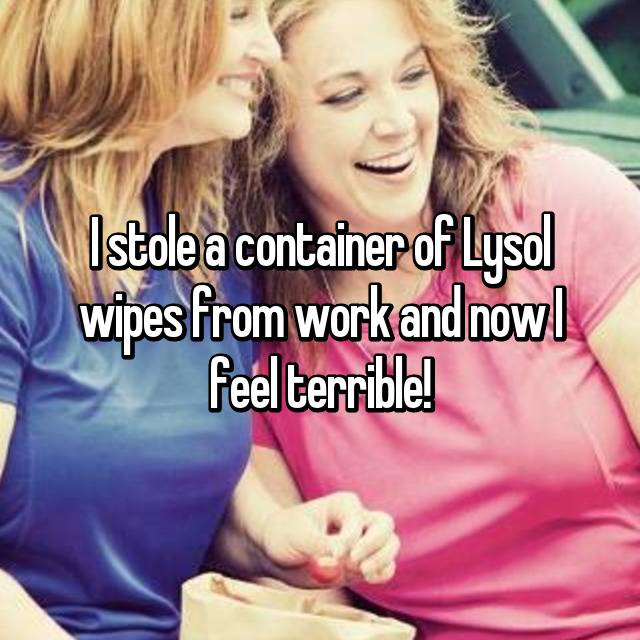 4. Can’t enjoy snickers with the taste of regret in your mouth. 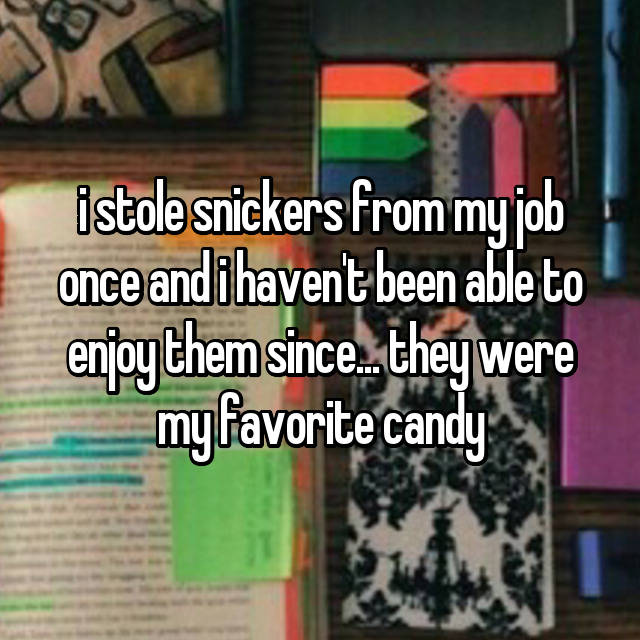 This is one of the worst trade-offs in human history. I have a feeling our candy bar thief had no idea this kind of guilt would go hand and hand with his thievery. How does it feel knowing you saved $1.25 and traded away one of mankind’s greatest delights, chocolate.

5. Who gets enough letters nowadays to justify this? 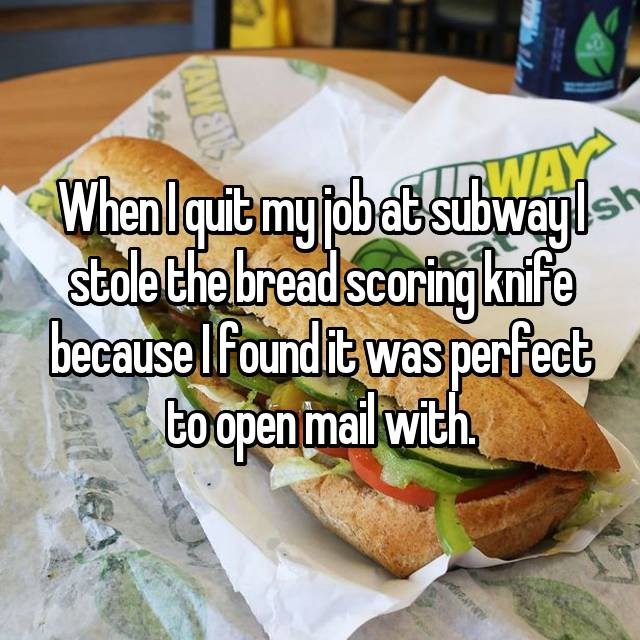 So many questions. First, was this person Santa Claus? You know the large influx of letters around Christmas time. Delivers toys out of the kindness of his heart. So, on the Xmas offseason what if jolly ole Saint Nick was moonlighting at a subway? It’s cold in the north pole and heat is expensive! Don’t get me started on feeding all those elves. So yeah, this must have been Santa. 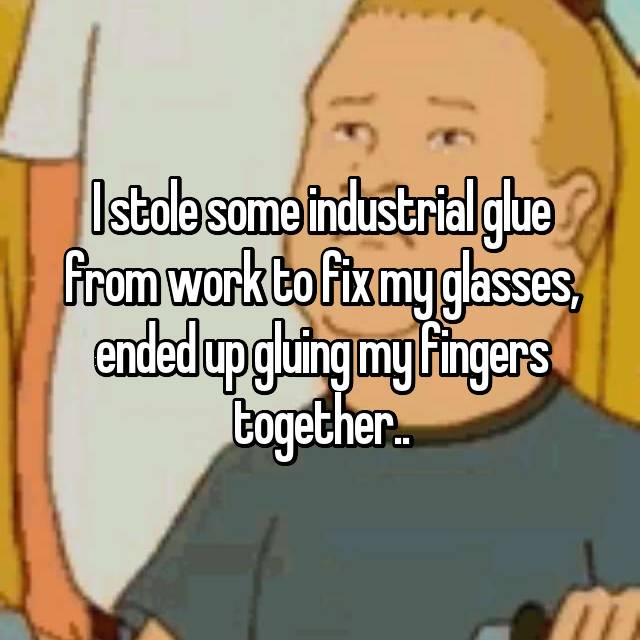 Sometimes we are punished slowly over a long period of times for our sins. Not the case for our friend here. Seems harmless just going to take some glue to fix my glasses. Can’t see without my glasses, you know. Just a few drops and BAM! Hit with karma so promptly, so swiftly I’d be shocked if he even thinks about getting some sticky fingers ever again.

7. Maybe not this person’s brightest idea. 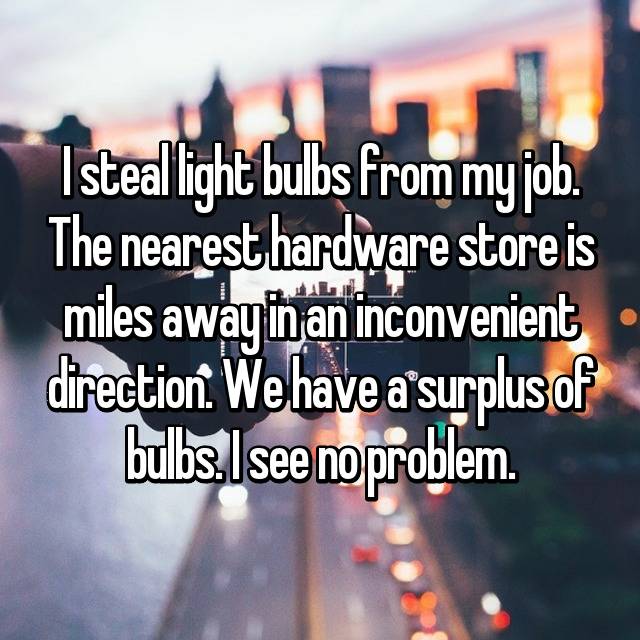 If there’s a surplus I mean who could it possibly hurt? He’s basically helping everyone out by not sitting in traffic on his way to the hardware store. We just got a regular environmental warrior. He’s stealing to save the earth guys, not because he’s too lazy to go buy lightbulbs.

8. I spend more on my underwear than phone bill a month. 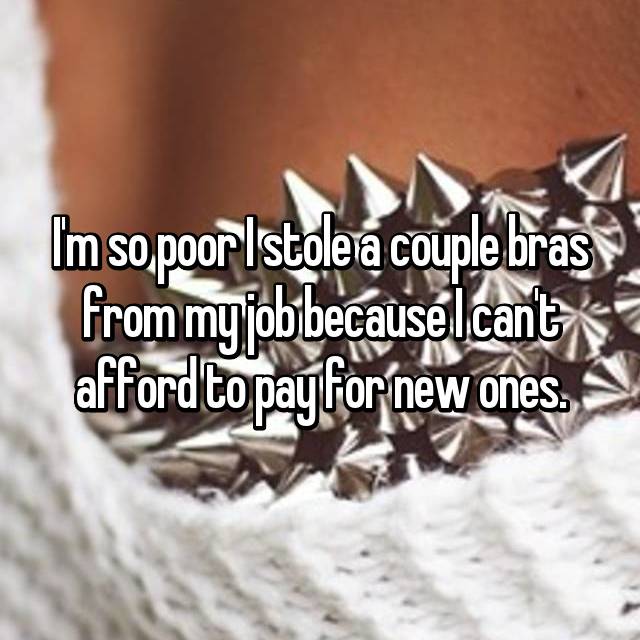 The good part is underwear is super easy to steal. Shouldn’t take that much of an imagination on how to get some underwear out of the store unnoticed. Now you got me thinking, how many bras can I strap on before going unnoticed? Totally not going to try and steal unbelievably overpriced bras. 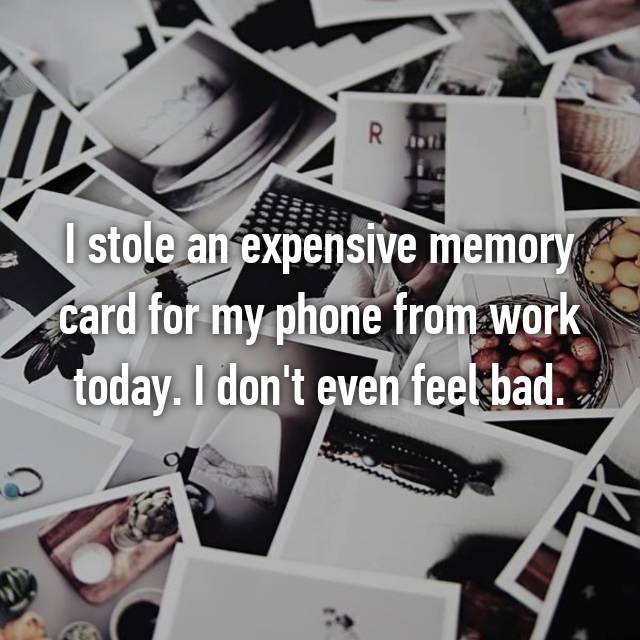 If you’re going to do the damn thing then do the damn thing! No ragrets! Our friend pulled the trigger and there’s no turning back. Have to respect his gangsta a little bit. Also super jealous just think about all the pictures he can take now. I’m almost jealous of their lack of conscience.

10. A potential life of crime is the least of your worries. 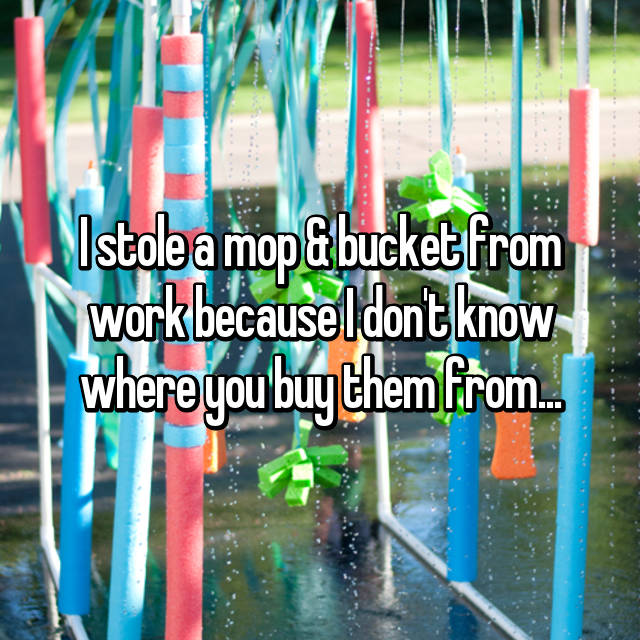 This can’t be the real excuse. Just say you love stealing pointless crap and I’d respect you much more. In the day and age where any question that can be fathomed can be answered in seconds. Sup Google? You seriously can’t figure out where to buy a mop and bucket? Worse off you decided to use the dirty one from work?! May God have mercy on your soul.