Stranger Things has become a cultural phenomenon where everyone is watching – even if they won’t admit it. Everyone’s been asking questions, sharing memes, binge watching it over and over again and of course, obsessing over the adorable kids that star in the show. Millie Bobby Brown is one actress that is so adorable and pure, it’s almost impossible not to love her. Her character on the show? Not so much. But, while she stars in a show that is clearly going down in history as one of the greatest shows ever, she’s very much still a kid like we used to be. And, she looks up to other celebs and people in the industry just like we did when we were younger (still love you, Britney).

On a recent interview on “The Tonight Show with Jimmy Fallon,” Millie was giving Jimmy sh*t for not finishing Stranger Things 2 yet and he asked her if there was ever a show she was obsessed with. Easily, without any hesitation, she named Keeping Up with the Kardashians. 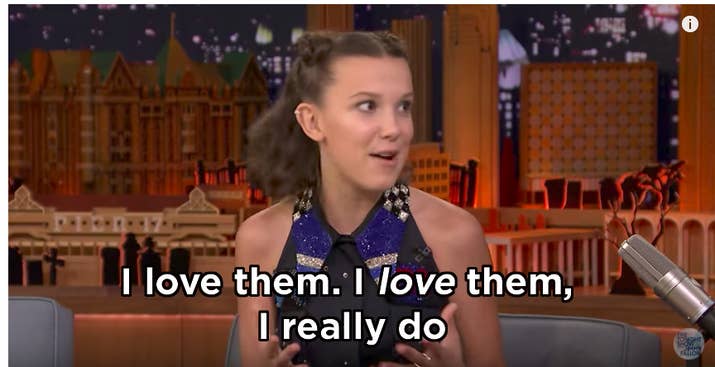 Now, Stranger Things and Keeping Up with the Kardashians are two completely different shows, obviously. But, Millie went on to explain just why she loves them and honestly, it’s so pure and genuine that you may find yourself even streaming KUWTK after seeing it. She went on saying:

I’m obsessed with them. I follow them all on social media and I think they’re really great. They’re so entertaining. They have their own language. Instead of saying “I swear,” they’re like, “Bible.” And then they say “Okurr,” which means OK. I’ve learned [how to say Okurr] and I’m so happy. 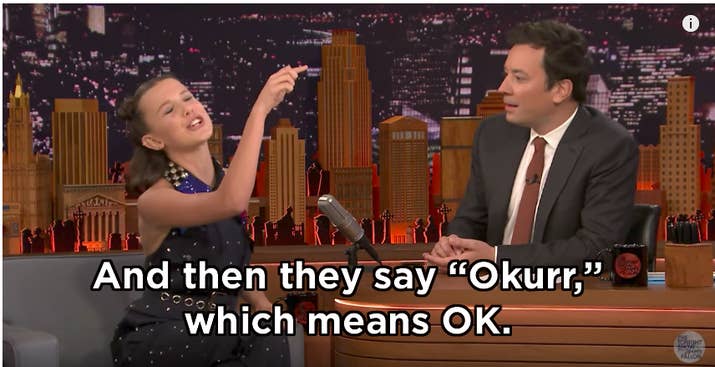 She was so into it and so excited talking about it that it really did feel as though she was finally getting her “moment” to not talk about her show and talk about something she enjoys, instead. It really is pretty sweet to watch.

After the episode aired, however, the Kardashians had some reactions of their own.