When your former co-host of over a decade gets fired for something as scandalous as sexual harassment and assault, one would believe you’d issue a statement of some sort. Of course, it can be extremely uncomfortable and difficult to do if you, yourself, had been the victim of the harassment (which Couric claims she was). But, she has mostly remained silent in the media about the situation overall. That was until someone commented on her Instagram account saying she was a “hypocrite” for not speaking out about Lauer after the commenter had watched them for years and thought Couric should have spoken out already.

But, Couric did answer the commenter, instead of ignoring her, saying:

it’s incredibly upsetting and I will say something when I am ready to. Thanks for your interest. 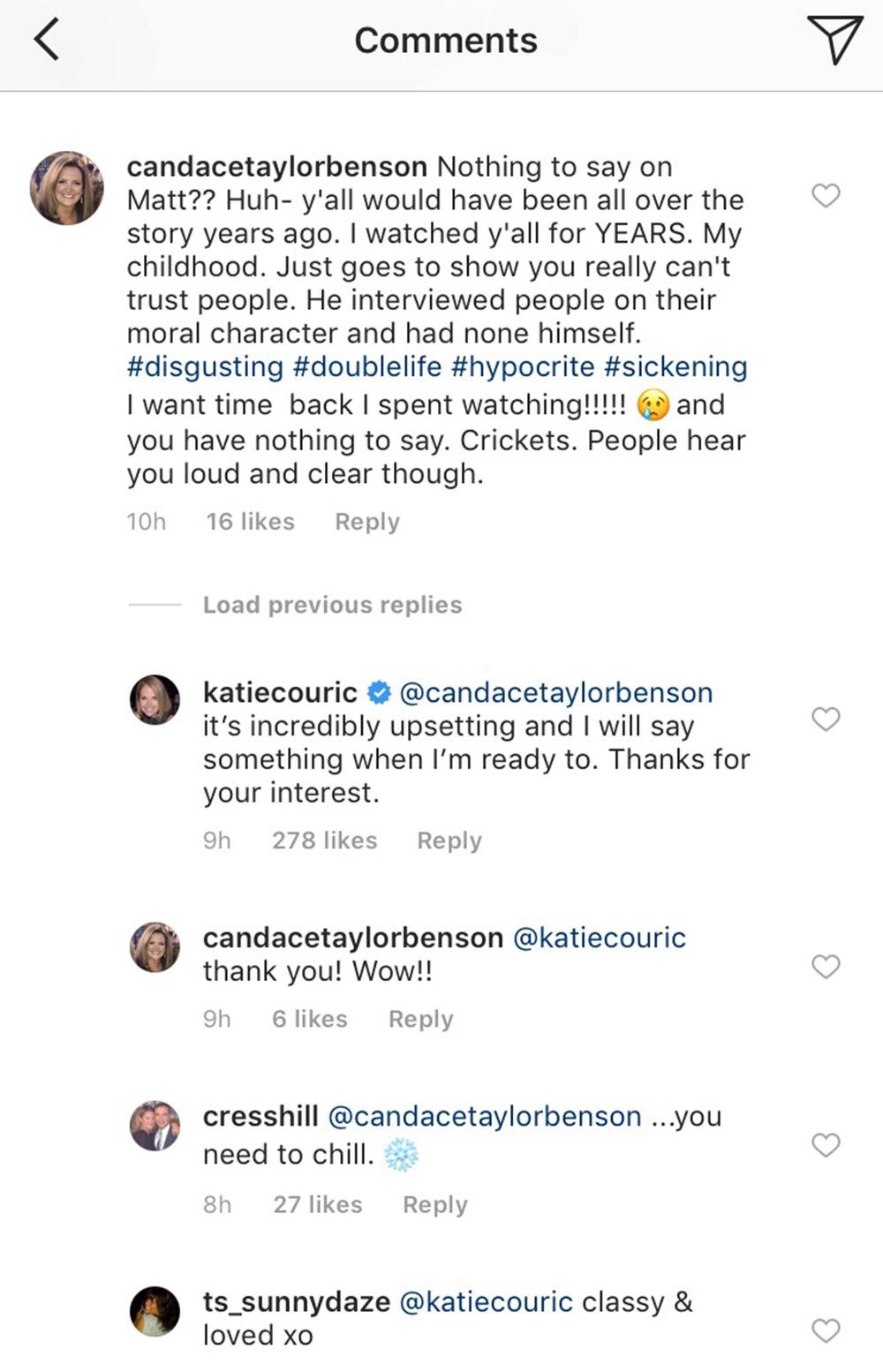 That’s classy, Katie. Way to be the better half of that show, even after you were let go. Anyone for #BringBackKatieAndAnn? I am.