Cyntoia Brown’s story was featured in a documentary called Me Facing Life: Cyntoia’s Story. The documentary not only focused on the issues that surrounded child sex trafficking, but also the justice system as a whole against these cases. While this occurred over 10-years-ago, it’s gaining more and more public attention – which, of course, can help bring forth change…or one would hope. The issue lies not only within sex trafficking but also that Brown was tried as an adult when she was underage and a minor.

Her story is a narrative that is common amongst child sex trafficking victims. At the 6th Circuit Court of Appeals, a court document stated:

In July 2004, she met ‘Cut Throat,’ who was 24 years old, and began using cocaine and staying in a hotel with him. At first, ‘Cut’ was nice to her. However, he began verbally and physically abusing her. He also sexually assaulted her and made her prostitute herself. The Petitioner had to give the money she earned to Cut. She said that he was violent to her, that he almost killed her one time by choking her, and that she was scared of him.

Imagine being a teenager and under the authority of someone so dangerous and terrifying that you have no choice but to comply. It’s a horrifying thought process for anyone to understand, but it’s one that happens almost every day for some teens. Brown was sold to 43-year-old Johnny Mitchell Allen via prostitution in Nashville through “Cut Throat.” She testified at a 2014 trial that she had shot Allen because she feared for her own life.

But, court officials say that Brown’s motive was to “rob” Allen, as she stole money and other possessions from the victim after she had shot him. Her response was that she was terrified to show up to her pimp empty-handed and that she feared for her own life and safety. Running away was not an option for her at this time, as most sex trafficking victims understand all too well. While the narrative is understandable and one would believe the court and judicial system would be more understanding of a teenager forced into sex trafficking, they’re not.

There are numerous laws in favor of child sex trafficking victims, but Brown was not charged with prostitution. Instead, she was charged with first-degree murder, first-degree felony murder, and aggravated robbery. For this reason, Brown has had a difficult time appealing her life sentence and obtaining an earlier parole.

And, still, the court had denied several appeals and requests for parole in Brown’s case. This is due to an existing rule in the judicial system that claims life sentences can only be reviewed every 51 years. By the time Brown’s case would get reviewed, she would already be 67-years-old.

While many people would feel as though a life sentence in prison is the end of your life, Brown has told lawyers she feels “grateful” for the opportunity she has been given in prison. She has been in prison for 13 years and was able to earn an associate arts degree and is currently working towards earning a bachelor’s degree from a university that works with the Tennessee Prison for Women. She has told her advocates that the prison system allowed her to move forward in life and obtain an education, whereas if she were out on the streets, she may have been dead by now. 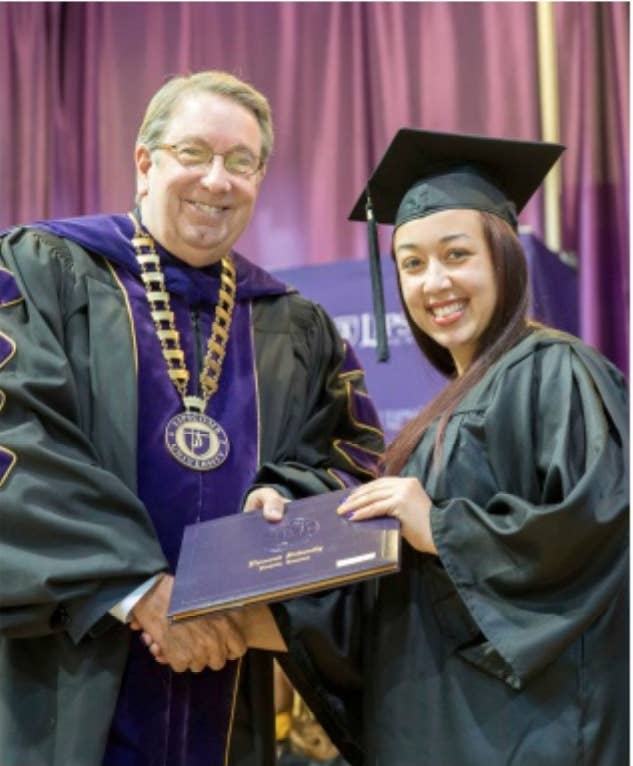 Here lies the true issue with the judicial system, politics and sex trafficking victims – especially child victims. The system does not have anything in place to help these minors and allow them to achieve a more stable and “normal” life. In fact, it leaves them on their own. Situations like Brown’s are the reason that more celebrities should speak out to bring forth change in this arena. For Brown to feel blessed to be in prison for her own wellbeing and safety is alarming and troubling. When teens are arrested or tried at such a young age, they can barely make decisions for themselves or understand the world around them.

It’s so imperative to realize that Americans need to support organizations that provide help, rehabilitation, and stability for teens in these situations, instead of paying high taxes to for-profit prisons. The system didn’t help Cyntonia Brown, it failed her. The system labels her a prostitute rather than a victim of sex-trafficking. At 16-years-old, Brown didn’t give consent to be thrown around and traded for money by men, she did it because she was terrified to die. She did it to survive. The system is set up where it perpetuates a narrative that teens should risk their lives and possibly die, rather than comply with what will save their lives.

With celebrities speaking out about Brown’s situation, one can only hope that the conversation doesn’t disappear within weeks or months. This is a real issue that occurs every day. This is a real problem that the system does not work for our teens and victims but against them. Real change can only start by conversation – and Brown can be the starting point for necessary refines in the law.