This Biology and Neuroscience student at the University of Minnesota is going viral for a Halloween costume that is receiving mixed signals. As you can probably tell from her major, this girl has got some brains to her (not meant to be a bad joke). So, Haleigh Conner decided to dress up as something truly terrifying for Halloween –  commitment. Is anyone really shocked Haleigh’s costume was extremely clever, or extremely petty? Depending on who you ask that is. Haleigh decided on the costume in early October, I think the idea is hysterical. Seriously, what is scarier than commitment? Okay, sharks, quicksand, small places – I get it the list goes on. That doesn’t mean committing to something isn’t seriously spooky. 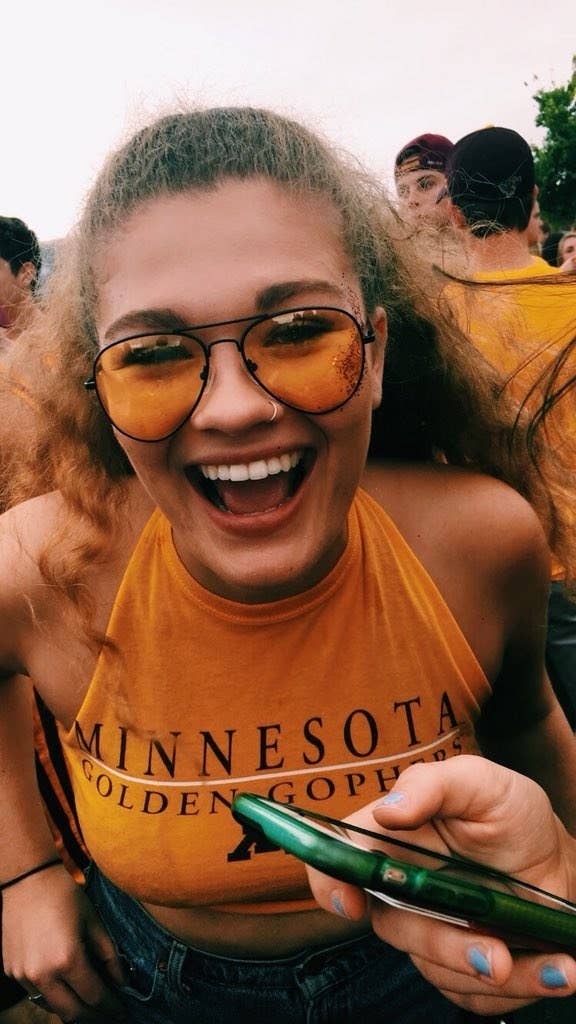 Haleigh ended up sharing her costume on Instagram and Twitter, as we all do. She was probably pumped a very clever and funny costume idea. I don’t know if I love the execution. I couldn’t give you any form of idea on how to dress up as commitment, so at least she gets an A for effort. Conner’s decided to take things a step further by making her post a little more unique than the other basic Halloween pictures. When I say a little more unique I mean she decided to tag her exes, over 10 of them. This is when Haleigh’s commitment costume started to gain more and more attention from social media. 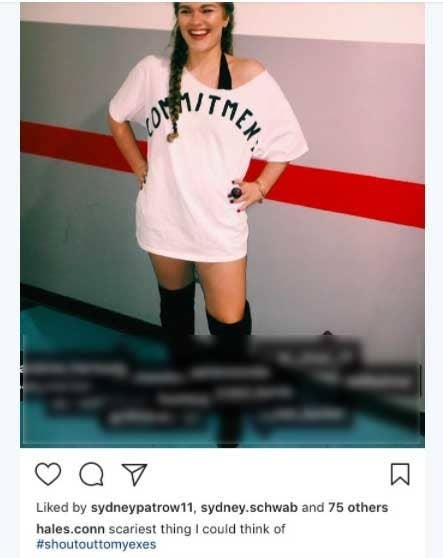 Like everything the internet sinks its teeth into there was a range of different reactions to the commitment costume. No one can just enjoy some harmless fun for what it is these days. After her costume gained so much attention, both positive and negative. Conner’s came out and has shared a few details about the ex’s she had tagged:

I had boyfriends in middle school, but that usually consists of only seeing each other at school and having your parents drive you around to places, It was never anything serious of course.

Now obviously, she didn’t explain this on her Instagram post because, why would she? The trolls came out of the dark corners of the internet to give Haleigh their two cents, instead of you know just enjoying a clever joke. You people are why we can’t have nice things.

People are commenting on how many exes I have… but some people reached out and said it was really funny and that it was savage.

imagine still being this bitter about ur exes lmfao

Even though there were people hating on Conner’s for being too petty, there was also an abundance of supporters. People shared how much they loved the move and probably enjoyed it for the harmless joke that it was. We salute you people.

A level of aggressive pettiness that I can’t help respecting https://t.co/FoqXwjyoiL

You don't even know, she was the shiiiiiiiit in middle school https://t.co/Vx9OMdUgiu

I love you for this https://t.co/fhEoe8ehHP

Nah she's a queen, they were peasants ??‍♂️ https://t.co/oTfTimoZo0

Conner isn’t phased by the comments, she has even been contacted by some of her ex’s who also thought the costume was a hit. Conner doesn’t see a need to entertain the hater’s or people commenting on the number of boyfriends she has had, because these people fail to see this for what it was. A simple clever halloween costume meant to be funny. That’s the way to be Haleigh some folks need to lighten up.

I’ve only been in one very serious relationship, It’s not worth it for me to look at all the comments and such, these people don’t know me or know the joke so I’m not too bothered by it!

Whether you enjoy the costume or not you have to admit this girl has got a sense of humor. She even mentioned that she’s pretty sure a few of her ex’s have gained a good number of followers from being tagged in the picture. So, not only is this girl smart, funny, clever, she’s out here hooking up her ex’s. That’s the level of pettiness I aspire to be.