Just imagine yourself pulling weeds out of your ever so tranquil and prosperous garden only to realize that you’ve managed to lose such a valuable item like – your engagement ring. I don’t about you guys but I can totally imagine myself misplacing such an important part of my life because of course…life.

So, I can totally relate with Mary Grams, a Canadian native when she lost her own engagement ring in the exact plot described above.

Flash all the way back to 2004, Mary thoroughly convinced herself that she was never going to find her engagement ring so she did what all stressed out women would do in her situation and decided to replace it with a similar looking one just so that her husband wouldn’t catch on.

Her husband Norman, who unfortunately passed away about five years ago right after their 60th anniversary reportedly never noticed the exchange and no one in the family knew of the little mishap – except for her son. That is till her daughter-in-law managed to somehow pick a carrot that held Mary’s long lost ring 13 years later. 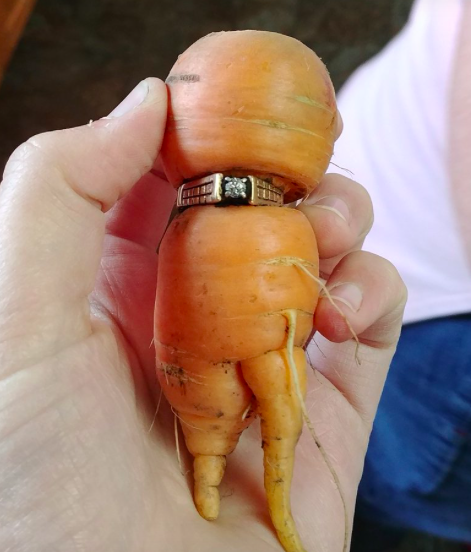 Her son instantly recognized the ring as his mother’s and immediately let her know.

“I said we found your ring in the garden. She couldn’t believe it,” he said. “It was so weird that the carrot grew perfectly through that ring.” 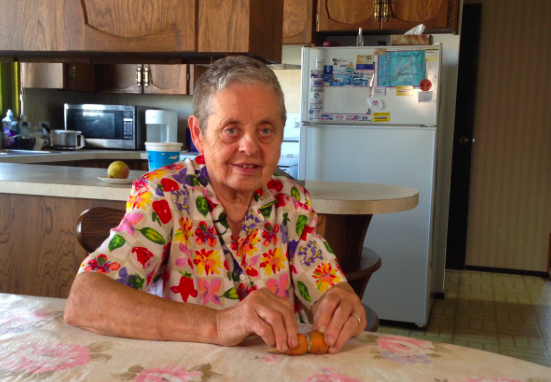 The moment finally came when Mary recovered her ring and the whole family was there to witness it. From washing it and carefully cutting the carrot open to retrieve the ring, to finally trying it on, it was a special occasion, to say the least.

Mary had lost all hope that it would fit her after so many years but to her surprise it slid perfectly on her finger just like it did in 1951 when she said “yes.”

Wishing she had come clean and told her husband the truth before his passing, Mary has vowed to make sure that it doesn’t go anywhere else but her finger.