There’s a lot of people in the world who hate Kim Kardashian. I get it – celebrities who overshare their life and constantly show off are annoying AF. Most people hate on Kim Kardashian because they think she only got famous for having a sex tape – but, in reality – most stars who have a sex tape are “relevant” for .5 seconds and then, fade away. Kim Kardashian is famous because she and her entire family have mastered the art of marketing better than most companies can.

Think about it – there a millions of people out there who love the Kardashians. They’ve found a way to make their lives so open and transparent, that people feel as though they’re apart of their world. Therefore, when they do promote products or endorse things – their fans feel as though they’re getting advice from a “friend” rather than a “celeb.” Disagree all you want – the family is genius at how they do business.

But – nonetheless – they can be pretentious and arrogant at times. Like, when Kim Kardashian recently opened up about her “biggest Instagram regret” and it serious has us rolling our eyes.

Now, at first glance, people would think Kim would finally admit to oversharing too much on social media, which ultimately, led to the Paris Robbery last year in which she was held at gunpoint while armed robbers stole $11 million worth of her possessions.

But, no, she didn’t say anything in remote reference to that – instead – she said her biggest Instagram regret was that her “nails were short for her engagement photo of her ring.” She claims the photo would have looked “much better” with longer nails.” 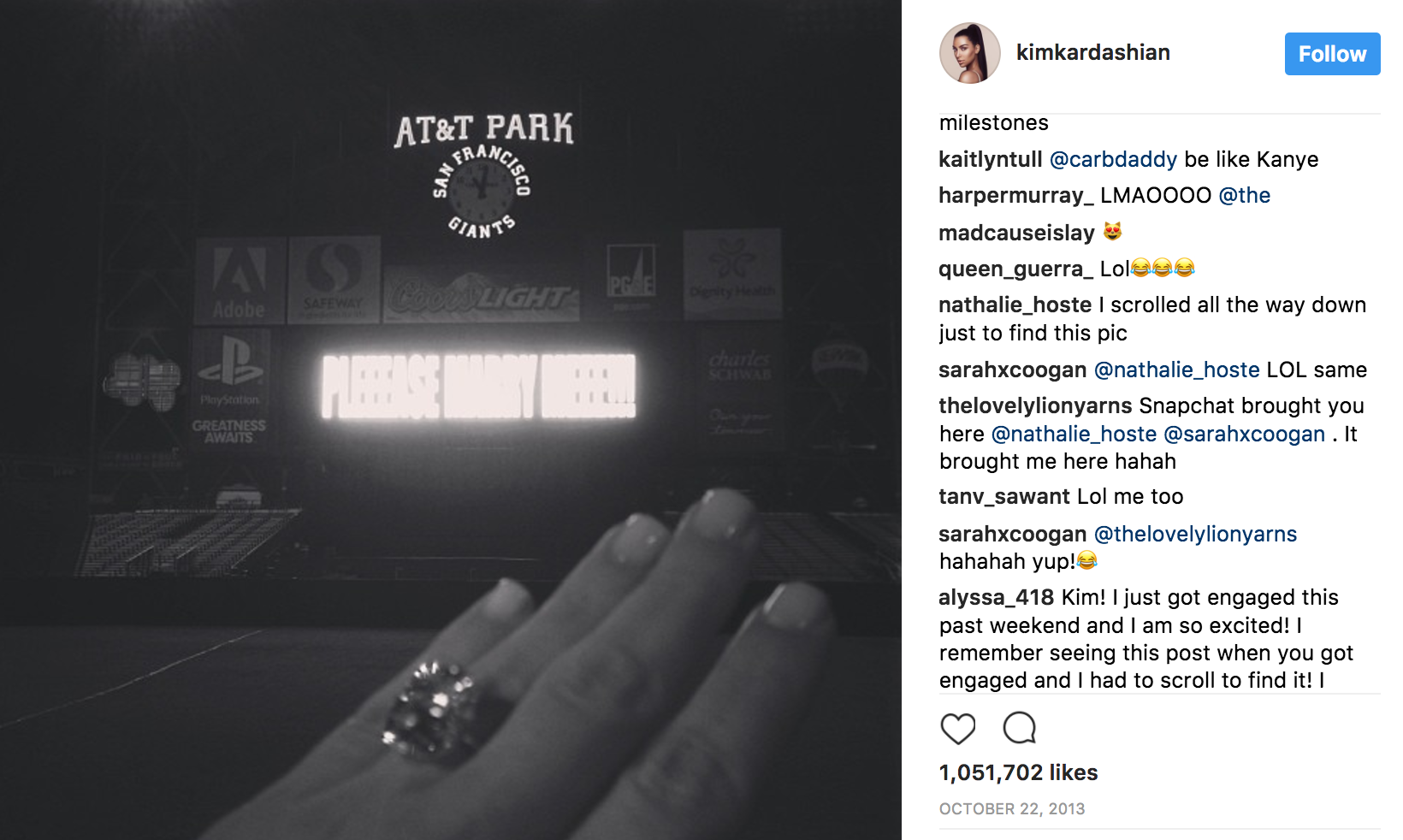