What would you do if you got this joke in your pizza box? This mom complained and the @pizzahut worker was fired even though the customer asked for a joke in their online order. Now mom's being cyber bullied. pic.twitter.com/sxhirwvYiW

“They both have to smell it, but neither of them get to eat it.”

“It’s an inappropriate joke. There’s a time and place for everything,” the customer told WJLA. “My pizza box is not one of them. It’s a lesson learned.”

Yet, although the employee called to apologize and the mom purportedly claimed she did not want her to get fired, Pizza Girl was let go anyway. Several people took to their local Pizza Hut’s Facebook page to protest this injustice: 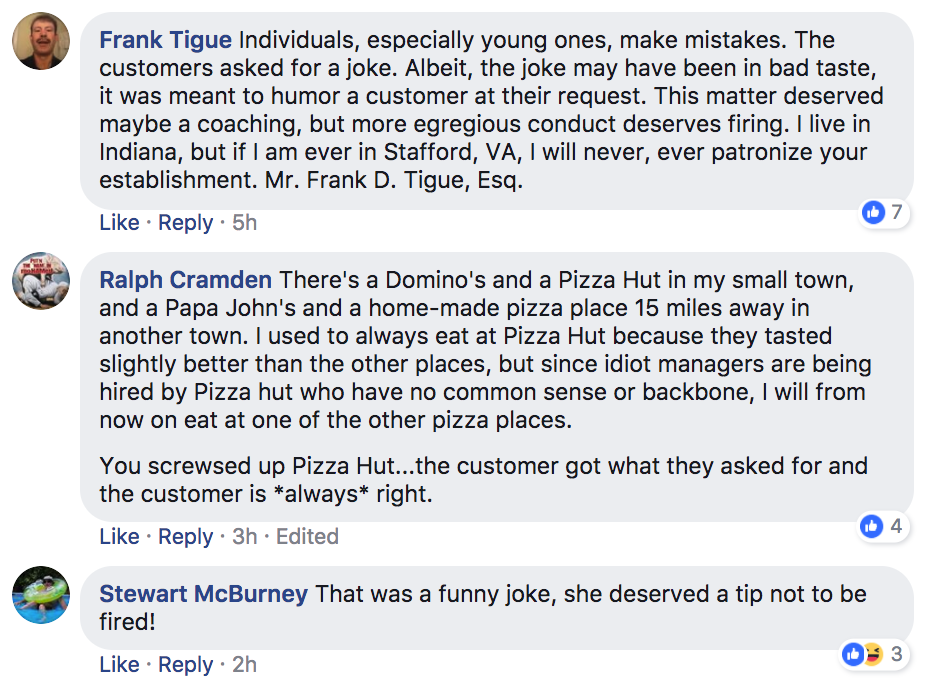 Let’s be honest: The joke was hysterical (AND TOPICAL) unless you are a mother who truly believes her 12- and 15-year-old sons don’t know about vaginas. Sure, it may have been a little crude— but many of them are, and besides— you asked for it! If you’re so sensitive about it, maybe next time set some joke guidelines in the special request field of your order.