In 2014, being a celebrity with an iCloud account was a scary time. Many celebrities who saved photos of themselves in the “cloud” were getting hacked left and right,  leaking some pretty x-rated images. Stars like Lea Michele, Victoria Justice, and even Jennifer Lawrence were victims of the iCloud nude hack that was becoming pretty popular online. At the time, many celebrities spoke out about how violating the hack was and the invasion of privacy they felt. However, Lawrence had kept relatively quiet about the violation she had suffered – to no surprise, of course (how would you feel if the entire world saw you naked?). I’m sure anyone who has taken a nude photo in their life understands how awful it would feel if everyone got hold of it. I remember when cell phones first came out and people started taking nudes (on Nokia flip phones, TRUE STORY) and people started passing around girl’s nudes in school. I vividly recall the look on girl’s faces in the hallways of high school – looking as though they wanted to crawl into a hole and die. Now, think of the humiliation you must feel if you’re a celebrity and the entire world can see them? It’s unimaginable.

For the first time, three years later, Lawrence has opened up in detail about how she felt after her nude photos had been leaked on the internet – and, she makes a bold statement against the crime. Speaking on Hollywood Reporter’s Awards Chatter podcast this week, Lawrence said:

When the hacking thing happened, it was so unbelievably violating that you can’t even put it into words. I think that I’m still actually processing it. When I first found out it was happening, my security reached out to me. It was happening minute to minute. It was almost like a ransom situation where they were releasing new ones [photos] every hour or so.

She also went on to discuss how horrible the violation felt. 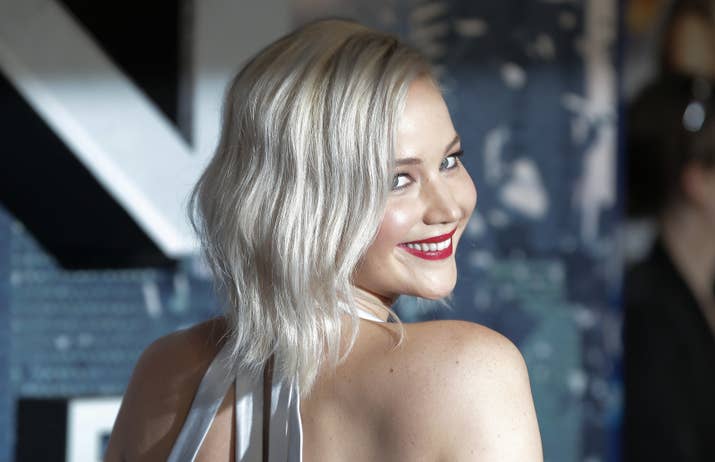 She continued to say:

I feel like I got gang-banged by the fucking planet. Like, there’s not one person in the world that is not capable of seeing these intimate photos of me. You can just be at a barbecue and somebody can just pull them up on their phone. That was a really impossible thing to process.

She also went on to speak about how the hack had made her question whether or not she was a “good role model” for young girls.