When you grow up with a sister, you are bound to fight over some things every here and now. Some sisters argue about nearly everything, while others only argue every once in a while. One thing is for sure, if you have a sister and you fight, you make up pretty quickly, too. I grew up with two sisters and at one point in time, all three of us shared a room. This, of course, led to many fights about moving stuff, stealing clothes and “borrowing” things we shouldn’t have borrowed. At the end of the day, our fights lasted maybe 2.5 seconds before we needed something from each other or wanted to have a friend to do something with. I’m sure anyone with sisters can relate. Trinity Hartman knows exactly what I’m talking about.

Trinity lives in Arizona with her sister, Jordan Torstenson, and, the two fight all of the time – like any other sister duo. Mostly, about stealing each others stuff. Trinity shared photos on her Twitter account about how fast these two fight and makeup because – facts, we all do that with our sissys.

According to their mom, the two are severely protective of each other. Trinity even said that they argue a lot, but at the end of the day, her sister is her “built-in best friend.” #Retweet.

Trinity texted Jordan about borrowing “spandex” and it turned into an all-out brawl over clothes, makeup and who stole what from who.

If you’re wondering just how much time was left in between the “DON’T WEAR THEM YOU HAVE  YOUR OWN” and “Do you want to go to the movies tonight” – it was only 9 minutes. That’s literally nothing. Most sisters hold grudges for days, while these sisters make up in less than 10. Seriously, that’s love. Trinity shared the photo on her Twitter account captioning it – “What’s it like to have a sister?”

People on Twitter were living for it. It’s easily the most relatable thing to anyone with sisters.

@PrunusXpersica LOL if this ain't us

LOL so true tho

THIS IS LITERALLY YOU AND CAITY HAHAHAHAHHAAH

Omg @gabysheeets literally ya every time I come home

Some people even decided to share photos of their own arguments with their sisters.

*gets pissed at each other over a jacket* 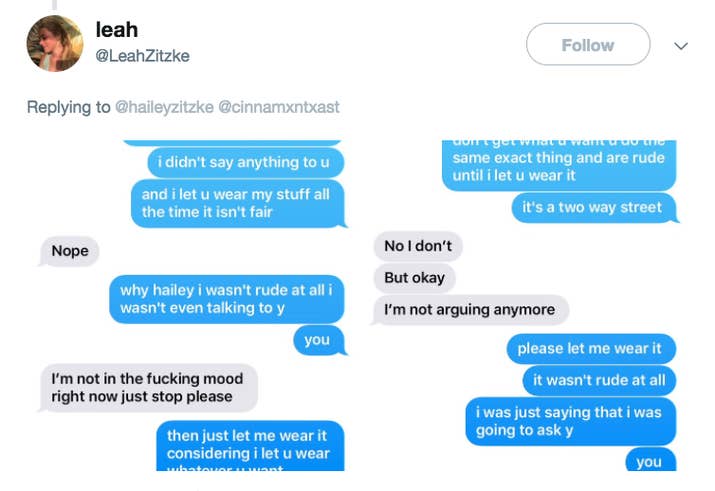 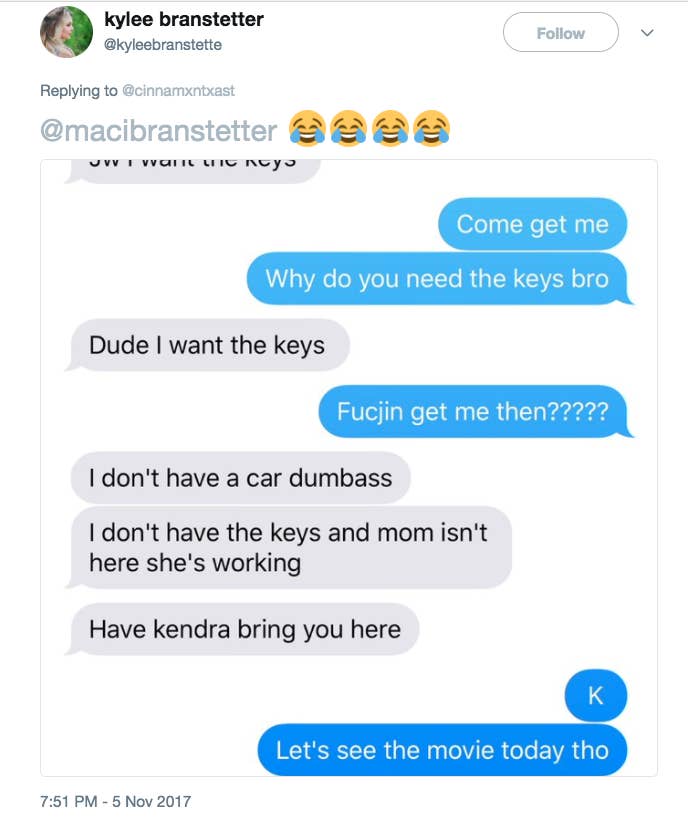 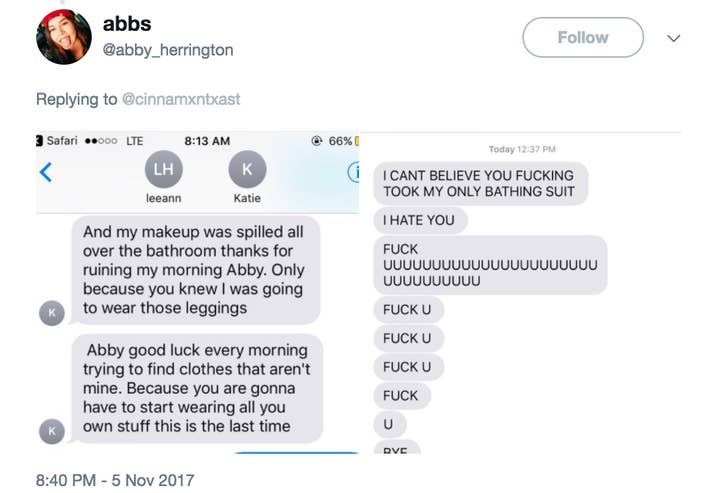