Me planning our future after someone looks at me for a whole second pic.twitter.com/7XVDjutJTR 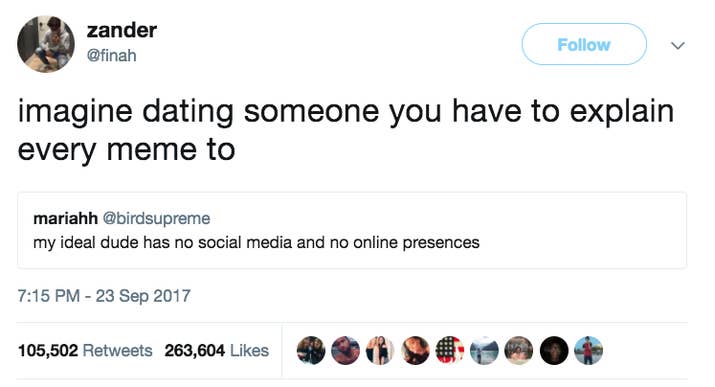 when you text them goodnight cause they taking too long to reply and they reply night in 0.03 seconds pic.twitter.com/qBto7yub8t

as a boyfriend don't argue with your girl on twitter,never let people know your home isn't happy.that's when the hoes think they're invited

when she says she only dates good boys pic.twitter.com/c0dR0VqHic