On Sunday, the Season Finale of Season Seven of Game of Thrones will finally air – and, it’ll be 80 minutes long. Now, for those of you who don’t realize this, it’s basically the length of a movie we’d see in theaters. So, while you’re pissed that Season Seven is hella short – just think – we’re getting a Game of Thrones movie…yay!

While any Season Finale is exciting for a show, we know that this particular one is going to take us on a wild, wild ride. We’ve been setting up for the finale for all six episodes so far – combining story lines between characters who had previously never met, planting seeds for future meetings and of course, solidifying love stories that no one needs to see (no more incest 2017).

And, knowing Game of Thrones writers, producers and directors – they will leave us with a million unanswered questions to hold us over for the next two years, while they finish filming Season Eight (good news is, they start filming this Fall).

Of course, everyone is excited for the Season Finale – but, what makes everyone even more hyped is the episode title – “The Dragon and The Wolf.”

Now – there are a few ways this can go:

One meaning is obvious – Dany and Jon. Obviously, Dany is the Mother of Dragons and we know Jon Snow has long been the wolf of Game of Thrones. After last week’s episode where the two *held hands* aka had eye-sex, we all know some sort of fiery eruption is going to go down (and I’m not talking about Dany’s dragons). Combining the dragon and the wolf – aka penetration – is something that can/probably will happen – despite how much I am grossed out by it. 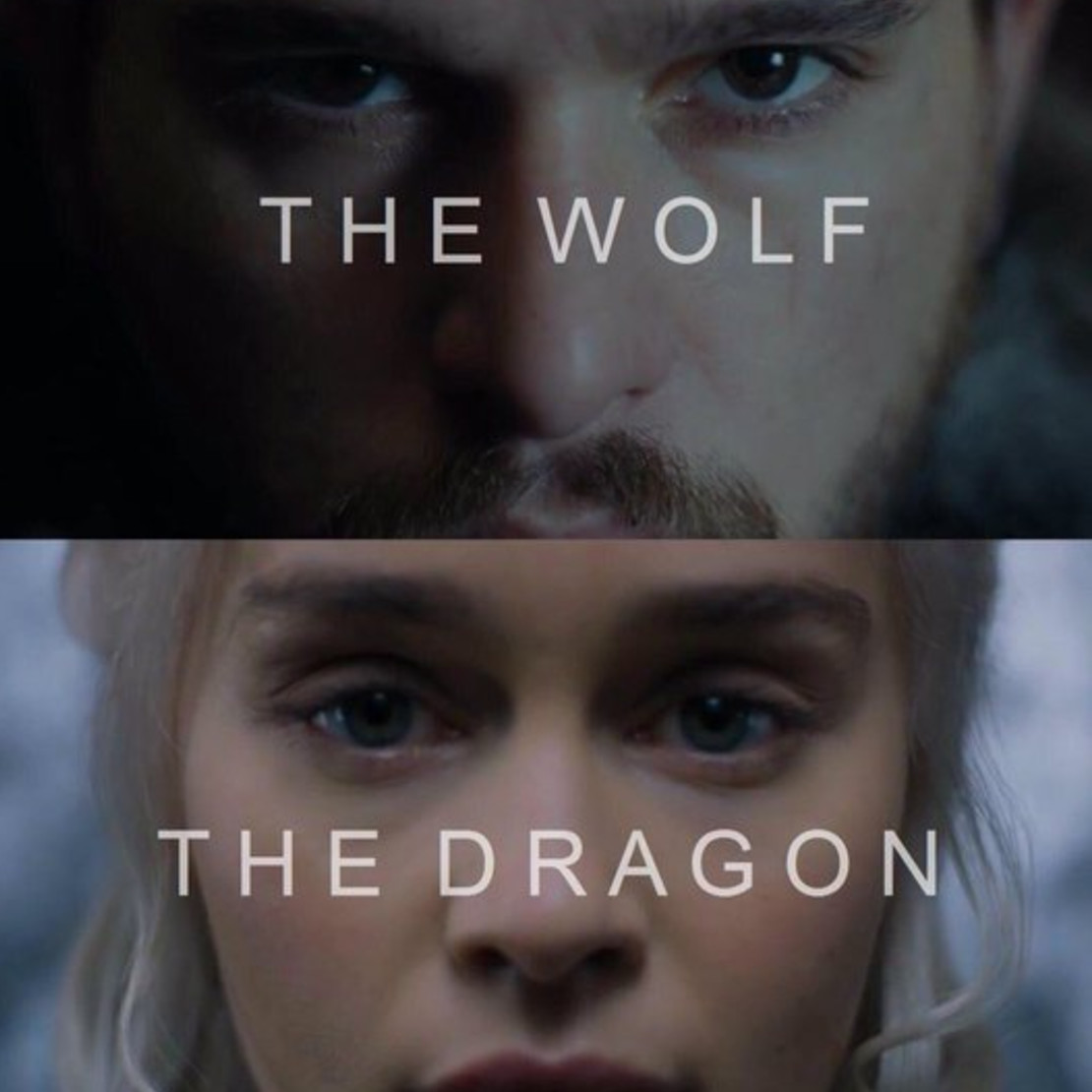 Another meaning can be that Bran Stark finally tells everyone that Jon Snow is not part of the Stark family (per se) and, is actually a Targaryen. He’s known this information for a little while now and while he doesn’t know the entirety of it just yet – Gilly does though, yeah girl – he could find out this episode exactly how Jon is a Targaryen through flashbacks via Three-Eyed Raven trips.