On the latest episode of Season 7 of Game of Thrones – there were huge moments that left our mouths on the floor. The Dany and Jon meeting finally happening was one – but, the way in which the episode ended left everyone speechless. As Jamie headed to kill “The Queen of Thorns,” he was shocked when she basically spilled her tea all over the floor on the brink of her own death.

After drinking the poisonous wine that Jamie gave her – she describes the way in which Jamie’s son, Joffrey, also died from drinking poisonous wine. She then apologizes for the cruel way he suffered – as she had no idea how the poison was going to work.

MIND. BLOWN. Going into her own death, The Queen of Thorns still finds a way to stab everyone. YES.

But, Olenna Tyrell has been known to be a complete savage on Game of Thrones for seasons and seasons. And, we’ve always loved her edge.

1. When she says what we’re all thinking about Cersei.

2. When she’s blunt and honest about, well, everything.

3. When she owns every party like a total boss b*tch.

4. When she calls out her own family and throws the ultimate shade.

5. When she’s honest about traveling to “disgusting places.”

6. When she takes exactly what she wants when she wants it.

7. When she tells Margaery to catch flights not feelings.

8. When she puts on the best f*cking act we’ve ever seen…because – the tea is so, so hot.

9. When she tells you when you look like sh*t.

10. When she throws shade at her own damn house.

11. When she called Cersei straight up stupid. 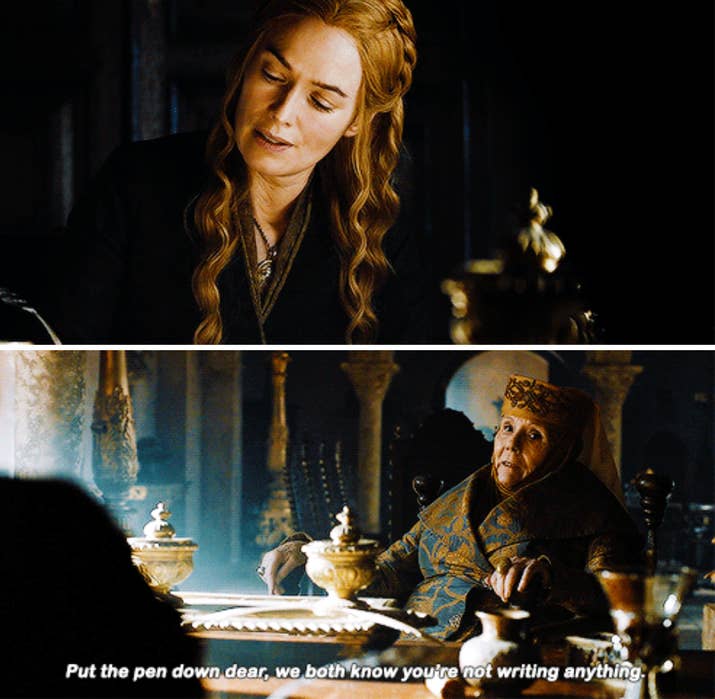 12. When her analogies were also as savage as she is.

13. When she throws shade where it needs to be thrown. 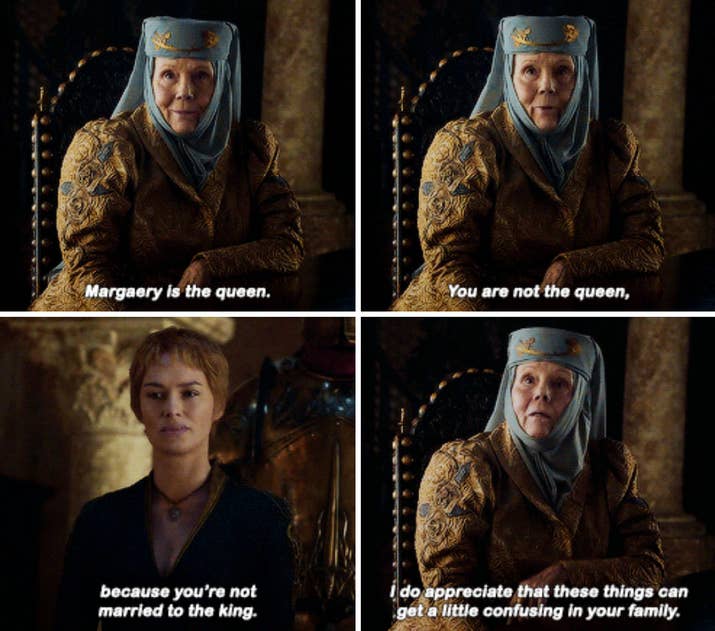 13. When she puts everyone in their place.

14. When she says what every woman needs to hear. 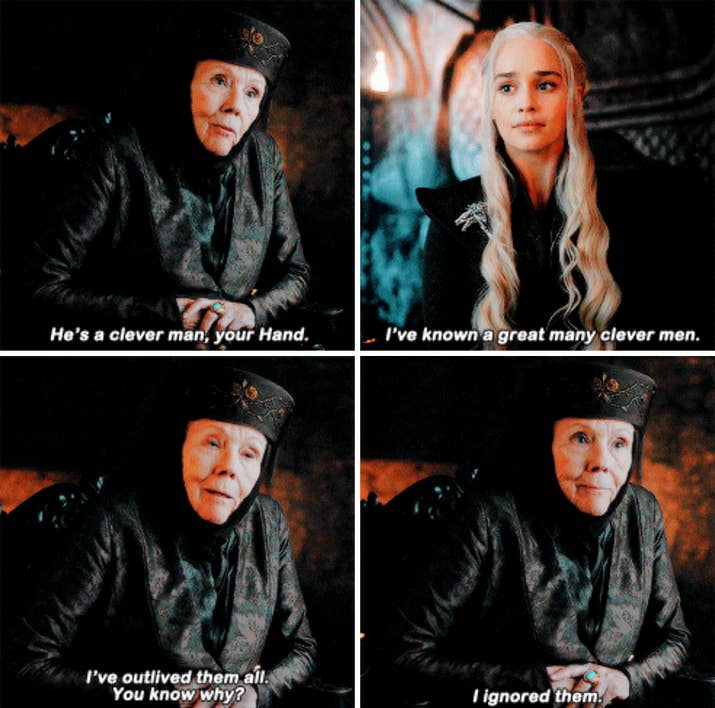 15. When she gives young girls a solid lesson.

16. When she called Cersei “The worst person she’s ever met.”

17. When she told Cersei and Jamie’s father that his kids f*ck.

18. When she was blunt AF about meeting Tyrion.

19. When she told Jamie he’s the ultimate failure.

20. When she shocked the world and did us all a favor by killing the one person besides Cersei we always wanted killed.

RIP Olenna Tyrell. We will miss you and your savagery.