First, there were emojis that captured our hearts. Emojis suddenly became a new way to express emotion via text. It felt more personal with the added comfort of knowing the person on the other end could get a better idea of what you’re talking about.

They were quick to add and everyone had (and still has) fun with it. Then there were Kimoji’s. We were graced with Kim Kardashian’s famous booty emoji. The Kimoji phase quickly died. THEN, there was some Lady Gaga emoji that just came out. That has yet to be investigated. Now there are emojis specifically designed for yogis. They’re called: Yogojis! 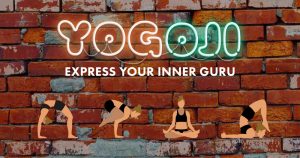 The app can be purchased for .99 cents on iTunes and its well worth the money. They’re very convenient for the everyday yoga-doer or a yoga teacher that may simply want to keep track of daily practices.

They actually make sense in the world of emojis unlike some other emoji copiers. They seem to have a purpose within the emoji community. For example, who wouldn’t want to insert an emoji when talking about a specific pose rather than type out a wordy explanation? It has over 100 different yoga poses, so you’ll most likely find what you’re looking for.

Here’s how lifelike they look! 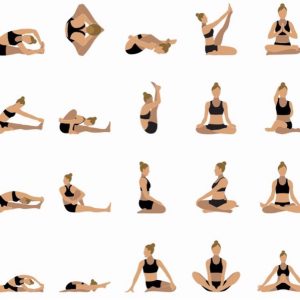 It’s really handy for designing a yoga flow. It’s like having a visual representation of your yoga flow each morning. Don’t get us wrong – we still love the original emoji, but it’s nice to see a real-life application added to the emoji world!