It’s not uncommon for a guy to offer to buy drinks for a woman, but if you’re going to offer, at least be sincere so you don’t end up looking like a jerk.

A woman was recently out with a guy who became upset with her after finding out about her job at the end of the evening. He claims she shouldn’t have let him pay for her drinks, but the Original Poster (OP) had a good reason for that.

After reflecting on the night, she turned to the popular subreddit “Am I The A**hole?” (AITA) to find out if she was right in letting things play out the way they did. Here’s what she said:

AITA for NOT telling a guy what I do for work and letting him pay for my drinks during the whole evening?

My friend “Grace” invited me to a board game bar to play and have drinks with her, her boyfriend, and one of their friends “Nick”.

We went to get drinks in pairs, Grace going with her boyfriend, meanwhile, Nick and I stayed at the table and vice versa. So Nick and I had plenty of time to talk just the two of us.

Nick started the night by telling about his recent career change, he decided to quit his previous job, and go to a coding boot camp and he got a job as a developer one or two months ago. He was very proud of himself and his new salary and told me this multiple times.

He never asked me what I do for work, but talked about his new job quite a lot, occasionally saying “sorry, you don’t understand that haha”. During the entire evening, I never told him I has been working as a software engineer for the past 4 years because he never asked and honestly, I found it a bit entertaining.

When it came to the drinks, he invited me to every single one. “Don’t worry about it, it’s not a problem with my developer salary.” I told him multiple times he doesn’t have to pay for me, but he insisted.

At the end of the night, when we were saying our goodbyes, he took out his phone to send me a friend request on Facebook. My job is listed in my profile, so that was when he realized that I’m a software engineer.

He asked me if it was true that I’m a software engineer and I answered yes. He asked me why I haven’t told him, why I let him believe I was a cashier like Grace used to be (?? I never implied that), and why did I let him pay for everything when I probably earn more than him.

I told him that he never once asked and it was his fault he assumed. He could have simply asked me about my job, but he only wanted to brag about his. But if he wants me to, I can pay him back for the drinks.

He was angry and said I made a fool out of him. I think he did that, not me. But now Grace and her boyfriend are on his side too, saying that it would’ve cost me nothing to tell him early in the evening and I only kept it for myself for my own entertainment.

Well, I did find it entertaining, but I don’t really feel like I did anything wrong. AITA?

The Following Are Acceptable Responses: 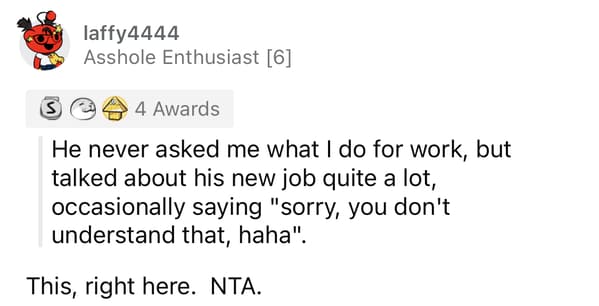 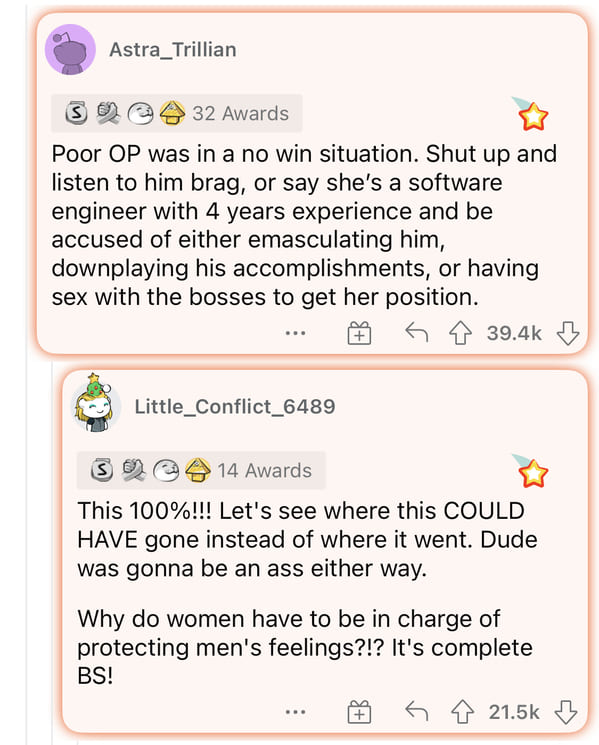 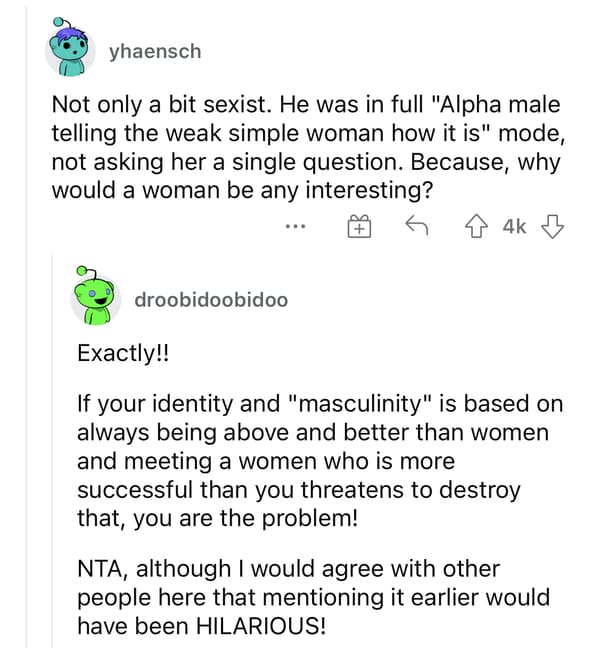 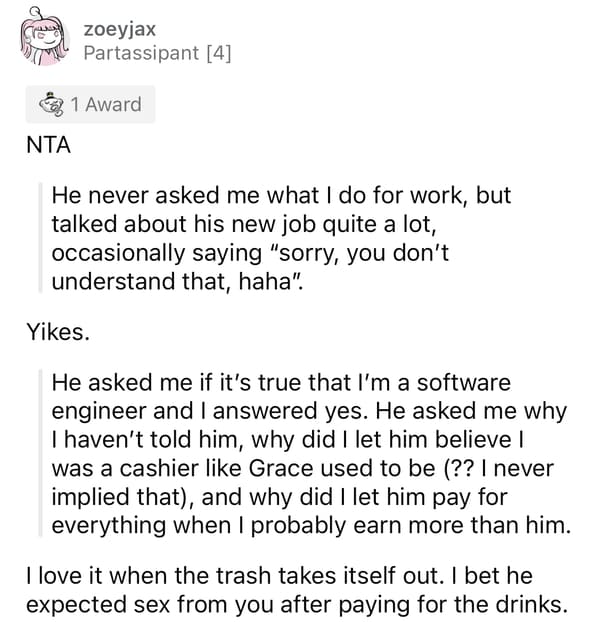 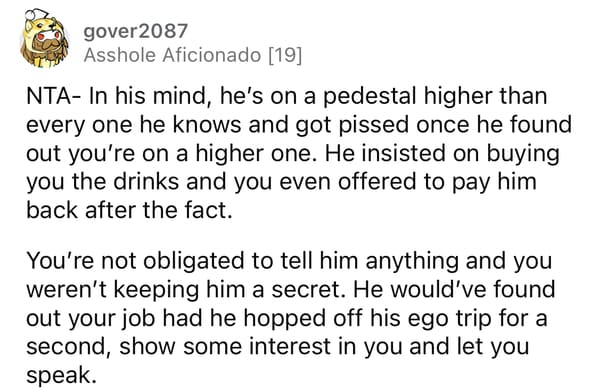 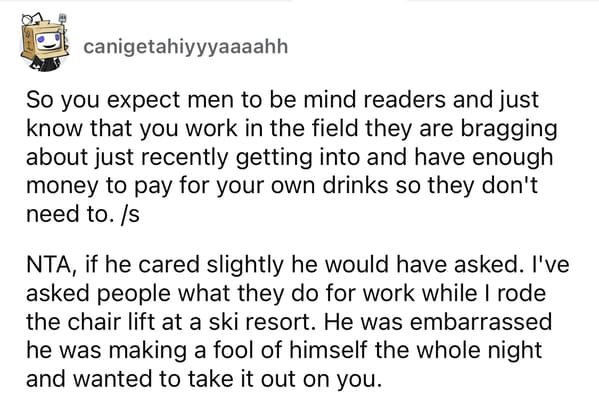