When you’re a social media influencer with enough pull and following, sometimes, companies will offer you some free treats and gifts to try out and post about. If you’re really big, hotel chains and travel agencies will pay for you to take lavish trips around the world—just as long as you post about it for your millions of fans and followers. However, it takes a really big following for this to happen…I mean, really big.

One “influencer” recently got into it with a hairstylist after she tried to get a hairstylist to charge her way less than her asking price because she said she’d “post it on Instagram and tag her.” 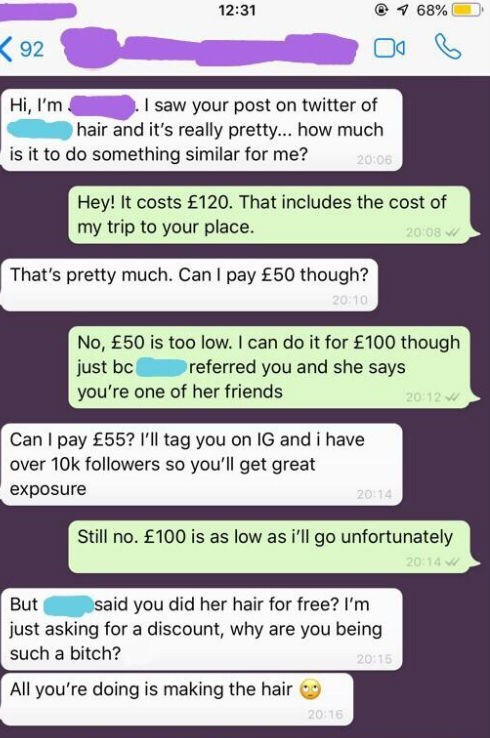 The “influencer” tried to bargain with her and requested a completely different hairstyle, stating a friend told her that the hairdresser had styled her hair “for free.” It turns out, her “friend” is the hairdresser’s sister—so, yeah, family discount. 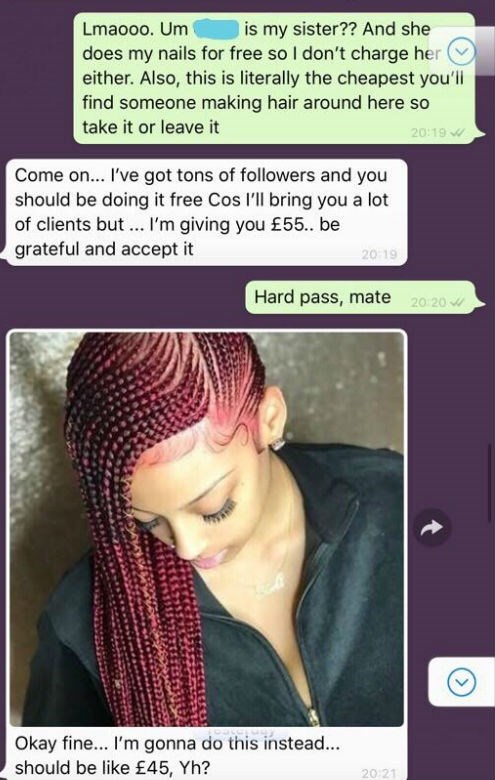 But, the hairdresser was sick of being lowballed and wanted to be left alone—especially because of the “influencer” and her disgusting tone and attitude with her. 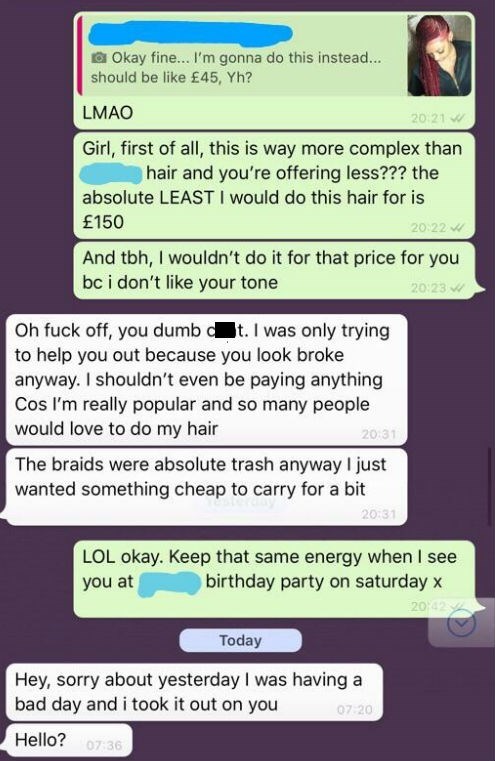 The influencer decided that she was in the wrong, and apologized for her nasty attitude. However, she continued to lowball the hairdresser. 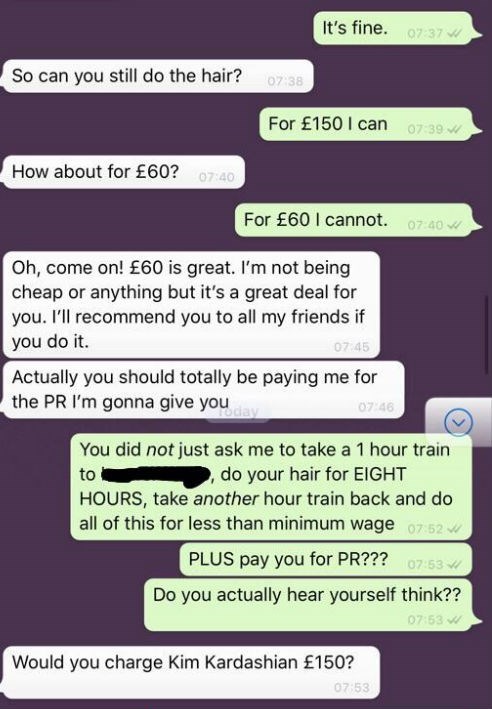 She then had the balls to compare herself to Kim Kardashian—with her 10,000 followers—and said she would give the hairdresser “so much exposure.” 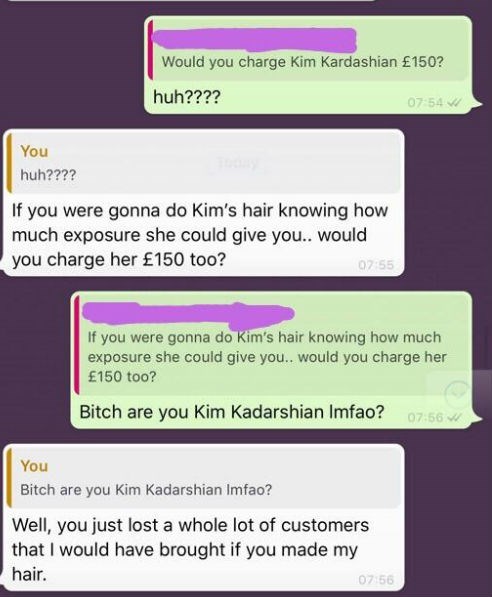 Obviously, when the hairdresser said no, she bugged out. 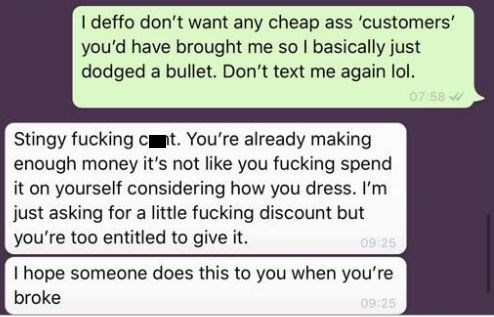 When will y’all learn that just because you show your skin all over the ‘gram, doesn’t mean that you’re entitled to freebies? Cut it out with the bullsh*t and realize that not everything in life is free.