In today’s edition of “boyfriends who really need to get their sh*t together,” we bring you this man who we can do nothing but shake our heads at. Bella, a pretty well-known social media influencer on Twitter, shared with her 22,600 Twitter followers the text messages between her and her now ex-boyfriend as to what happened when she found out he had cheated on her.

When it comes to cheating – it’s never okay. But, if you’re going to get caught, just own up to it and save everyone the trouble. Or, you can be like this guy who basically says he cured cancer because he let a girl suck his d*ck. 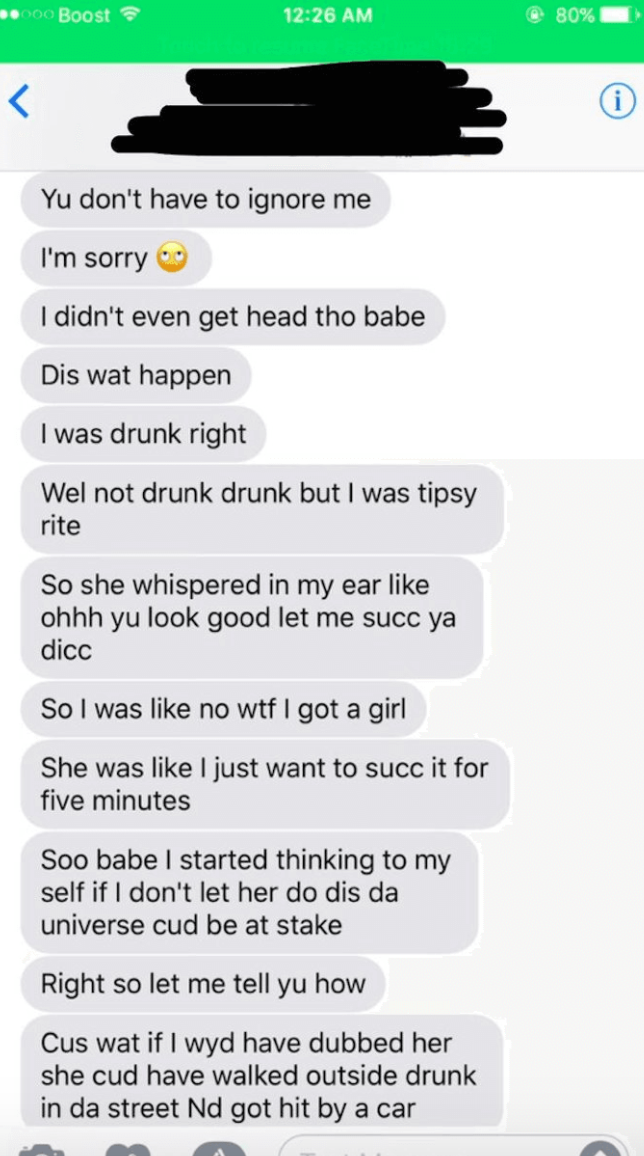 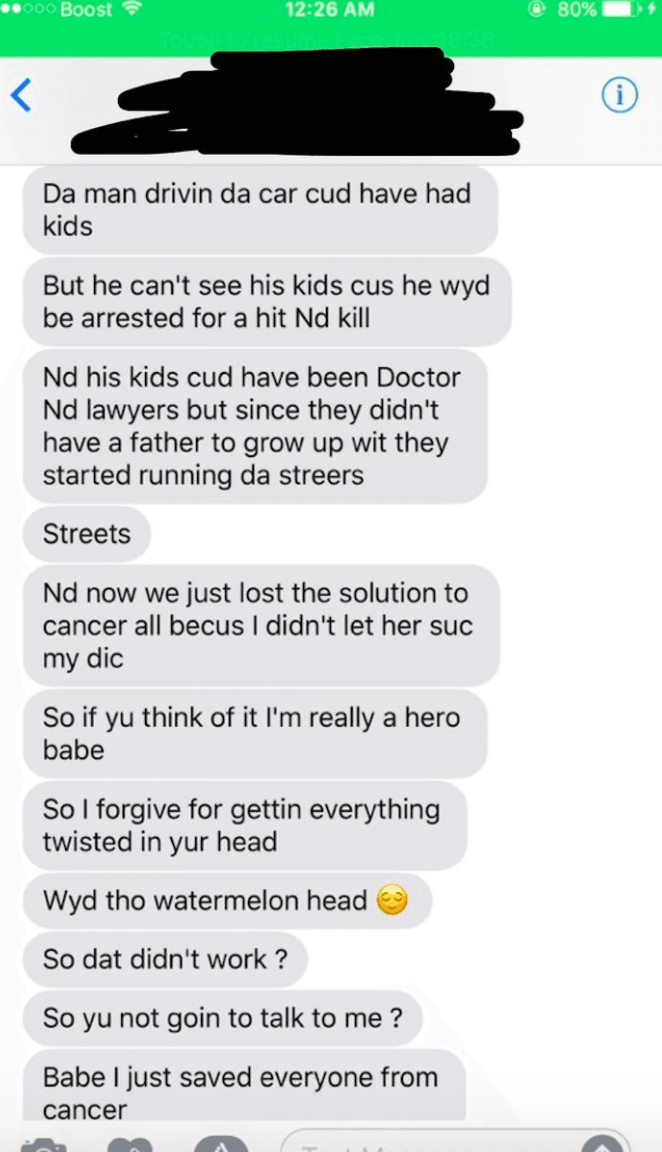 I can’t begin to even describe the fuckery that’s going on in this conversation. Actually, I can’t wrap my head around it. At all. No. Just…no.

this nigga cheated and… ??‍♀️ pic.twitter.com/t1I416fXjW

i like how out of all the grammatical errors he fixed streets.

Nigga said the universe was at stake pic.twitter.com/ImyiBQSVXc

"If I don't let her do dis da universe cud be a stake" pic.twitter.com/Je4bxSAqed