Dealing with neighbors is always a toss-up. Some folks are blessed with great neighbors, the type of people you trust to let out your dog while you’re gone. Then others have awful neighbors. The type you roll your eyes at when you hear them speak.

If you’ve ever had to deal with entitled neighbors, you’ll appreciate this epic story Redditor u/SnortGiggles shared in the r/MaliciousCompliance subreddit.

If you’re not familiar, Malicious Compliance is conforming to the letter, but not the spirit, of a request. That’s exactly what this mother did for her neighbors who decided to ruin what could’ve been a really fun day at their kid’s bake sale.

The bake sale was a HUGE success, and the neighbor kid learned a hard lesson about money that day thanks to this epic case of malicious compliance. I’ll let the story speak for itself. Here’s what the mother had to say:

“You want to make things fair? I’ll show you fair.”

A couple of weeks ago my kids and their neighbors decided to have a bake sale. We live in a tourist area with high foot traffic, and the kids make a killing. I tell the kids I ought to charge them for the labor (I said I’d help bake) and ingredients so they learn the concept of net gains, but instead, I’ll donate to their cause, and just to bring me back the money I lent them to make change. I love seeing the kids be entrepreneurial, work so hard, and get so excited at their success.

After a couple of hours, the neighbor’s son decides he’s bored and wants to go home, so he tells my kid, “when you’re done, come by and deliver half the money.” Mine says, “Hey, that’s not fair, if you’re leaving we should split the money now.” Mind you, the bulk of their sales was my baking.

The neighbor kid gets super pissed, but mine sticks to their guns, they split the money and the kid leaves in a huff. Mine comes in a few hours later, having lugged home all the gear and cleaned up, annoyed that the neighbor kid got annoyed at them. Then I get a knock on the door. It’s the neighbor’s mom, with the kid, who is still pouting. Mom’s holding a receipt.

The receipt lists a bunch of items I immediately see they didn’t use (like 2 boxes of cereal, when they used 1, napkins that I’d ended up providing), but whatever. And never mind that her son went home early and left mine to clean up. And never mind that I’d been churning out batches of cookies all morning. I’m irked they’ve taken what was a fun, cheerful day of kids making money hand over fist, and shown up at my door making me engage in a super awkward conversation because they assume their kid can’t be wrong. So I say, “of course!” and fetch my receipts.

I sit down and (in front of them, and out loud) calculate the cost of lemonade, and cups used. I calculate the cost of flour, sugar, chocolate chips, vanilla, and butter per batch of cookies, multiplied by the number of batches made. I toss in the baking soda for free (so generous). I even subtract the value of leftover cookies.

Did I mention I made a lot of cookies? The neighbor kid has to fork over $23. They got pretty quiet all of a sudden. I thanked the lady for making sure things were fair and offered her a plate of cookies to take home. She declined.

The Original Poster answered some questions commenters had: 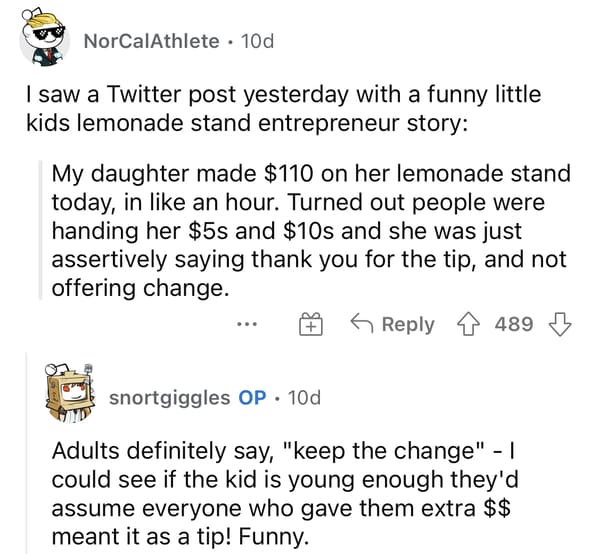 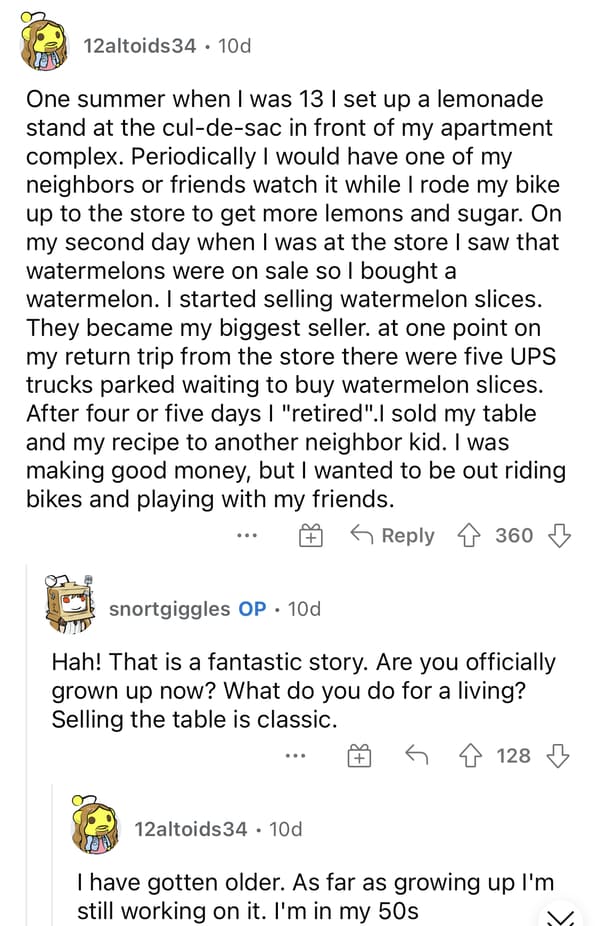 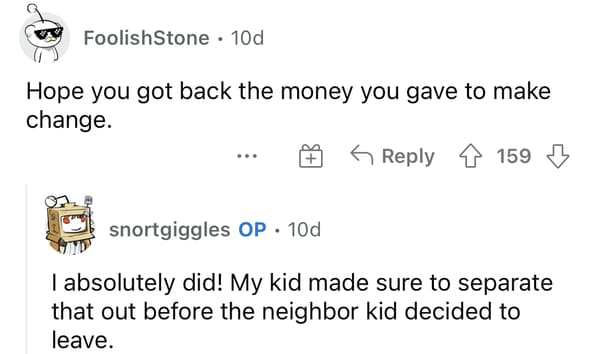 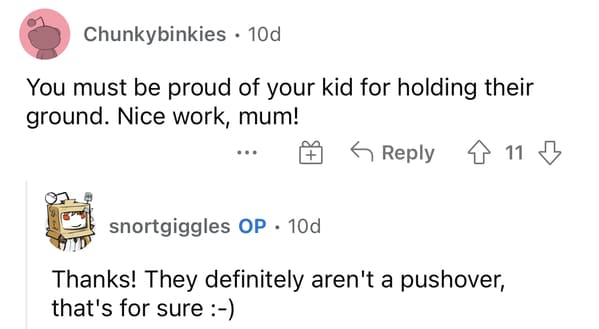 Commenters also applauded the way the OP handled this situation: 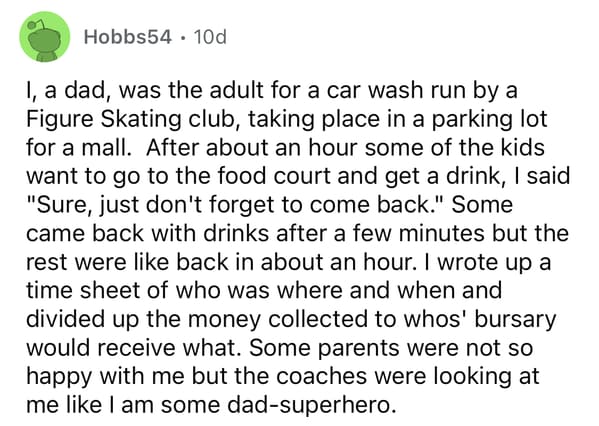 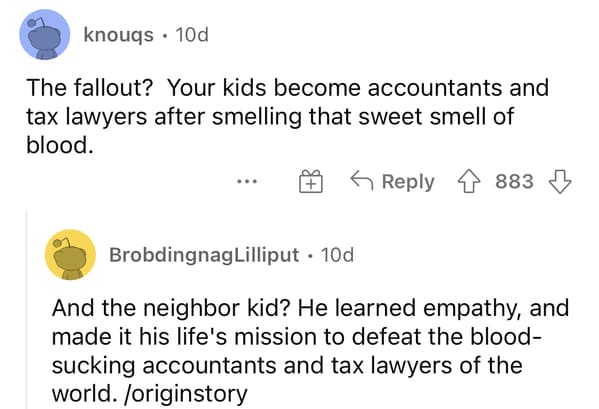 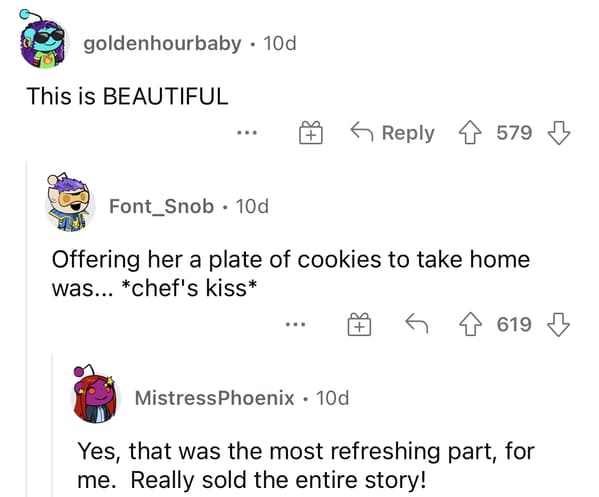 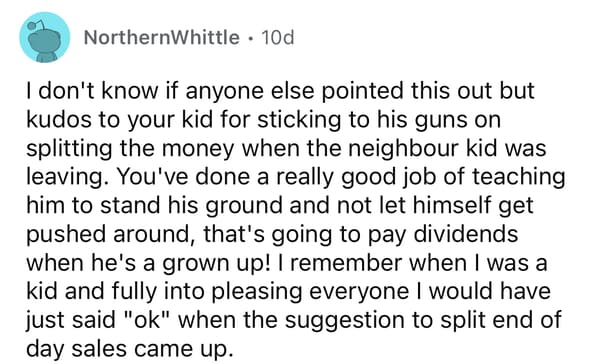