A pet is a lifelong commitment. There are times when people are forced to rehome their animals, but it should never be a casual choice or done because of convenience. They’re living creatures who grow attached to the family they live in and should be given the same care and consideration that you’d give another member of that family.

Maybe that’s why it’s such a red flag when someone treats and animal badly—what would they do to you?

A woman on r/AmITheA**hole didn’t seem to understand these truths when she logged on to Reddit and posted under the name u/ThrowRa182728, asking, “AITA for expecting my husband to rehome the dog?” 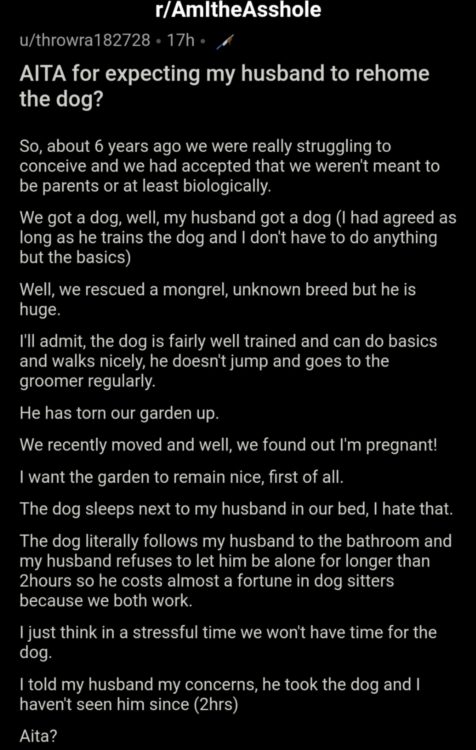 According to her, six years ago she and her husband accepted they would not be able to conceive a child. She allowed her husband to get a dog, but she doesn’t sound too happy with the situation:

Well, we rescued a mongrel, unknown breed but he is huge. I’ll admit, the dog is fairly well trained and can do basics and walks nicely, he doesn’t jump and goes to the groomer regularly. He has torn our garden up.

So, the dog is more or less well-behaved except for scratching dirt in the yard. But now, the OP writes she’s gotten pregnant. For some reason, this changes her toleration for the dog from minimal to non-existence and she gave her hubby an ultimatum:

We recently moved and well, we found out I’m pregnant! I want the garden to remain nice, first of all. The dog sleeps next to my husband in our bed, I hate that.

The dog literally follows my husband to the bathroom and my husband refuses to let him be alone for longer than 2hours so he costs almost a fortune in dog sitters because we both work.

I just think in a stressful time we won’t have time for the dog. I told my husband my concerns, he took the dog and I haven’t seen him since (2hrs)

Okay…so your concern is that the dog loves your husband too much? It probably is stressful to care for a dog and a baby, but taking care of a baby is stressful no matter what and the dog is already part of their lives. Everyone will make adjustments. Except maybe her husband, who seems to be realizing exactly who he married right now.

Commenters had no sympathy for her: 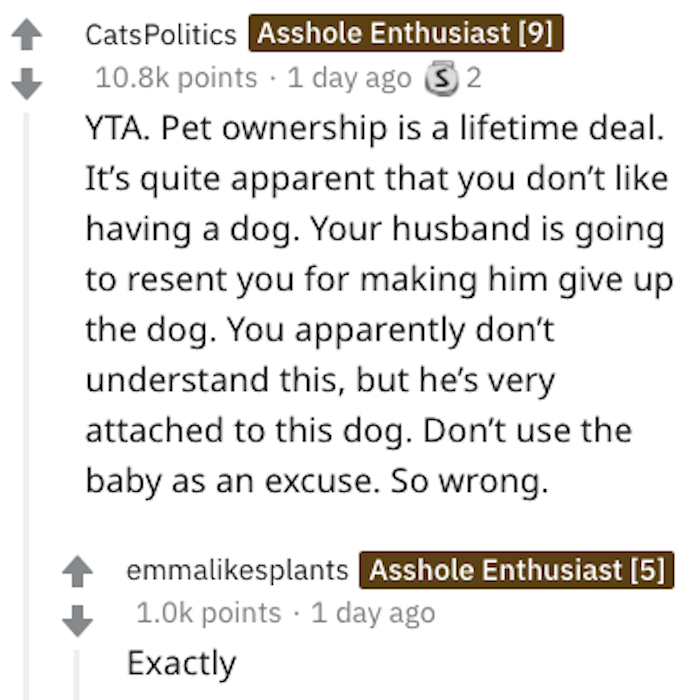 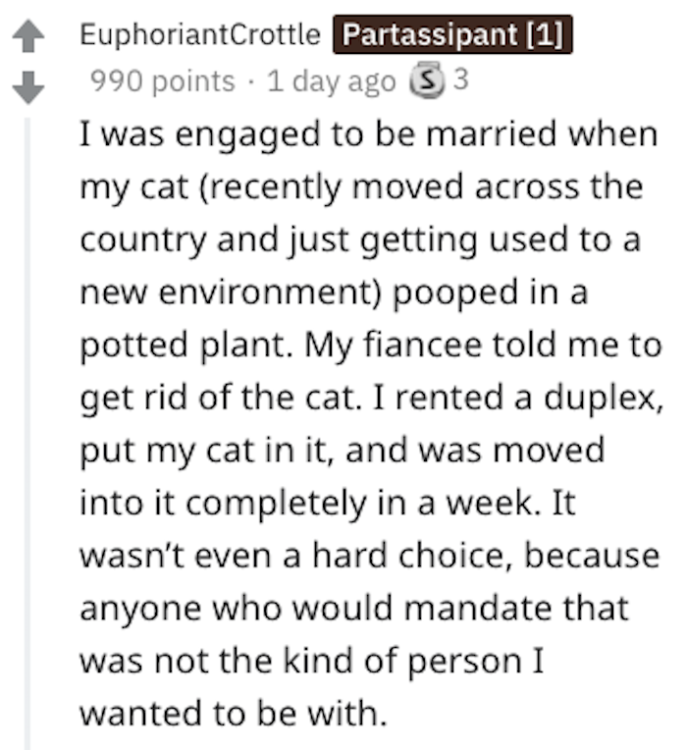 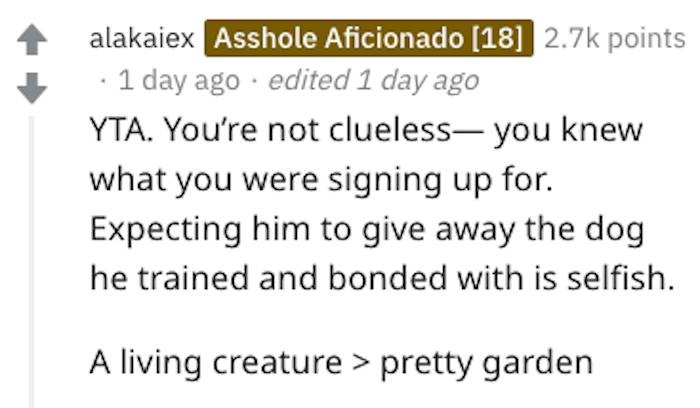 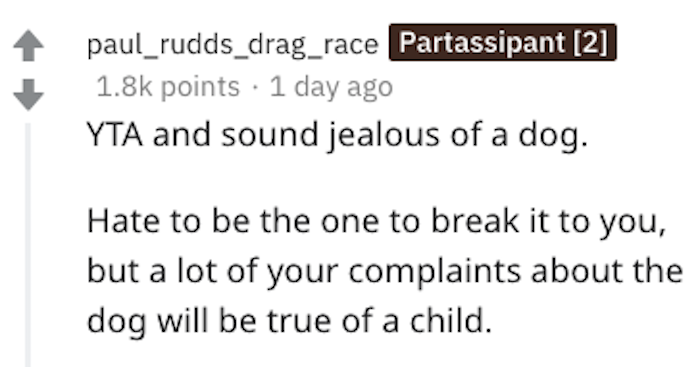 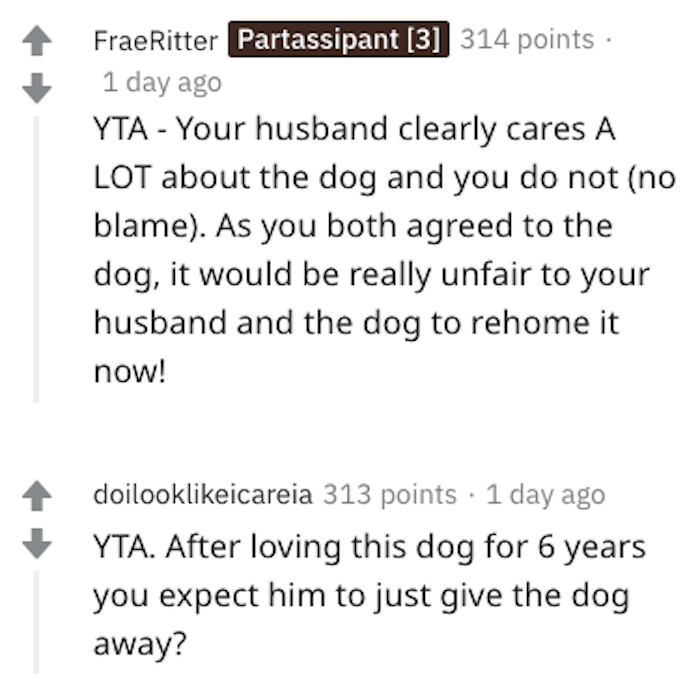 Pretty horrible situation for everyone involved, but especially the poor baby and dog. I must agree with people asking what she thinks raising a baby is like. Trust me, lady, you will not be thinking about the garden once that kid is out in the world.