Women face harassment online all too frequently. Whether it be from spurned men in dating apps, in the workplace Slack channel, on social media, or just generally everywhere, it happens every day and everywhere.

Plenty are used to shruggingit off, but no matter who you are, all this harassment by online trolls eventually wears you down and makes you feel crummy. So, how does one go about fixing the problem?

Kallie Plagge, a reviews editor and host for Gamespot, recently shared a horrific message she received by a random guy on Facebook. But rather than letting it ruin her day, she decided to show it to his mom to see what she had to say.

This guy sent me hate on Facebook so I told his mom on him. She was really nice about it. pic.twitter.com/kXwx7zX5uD 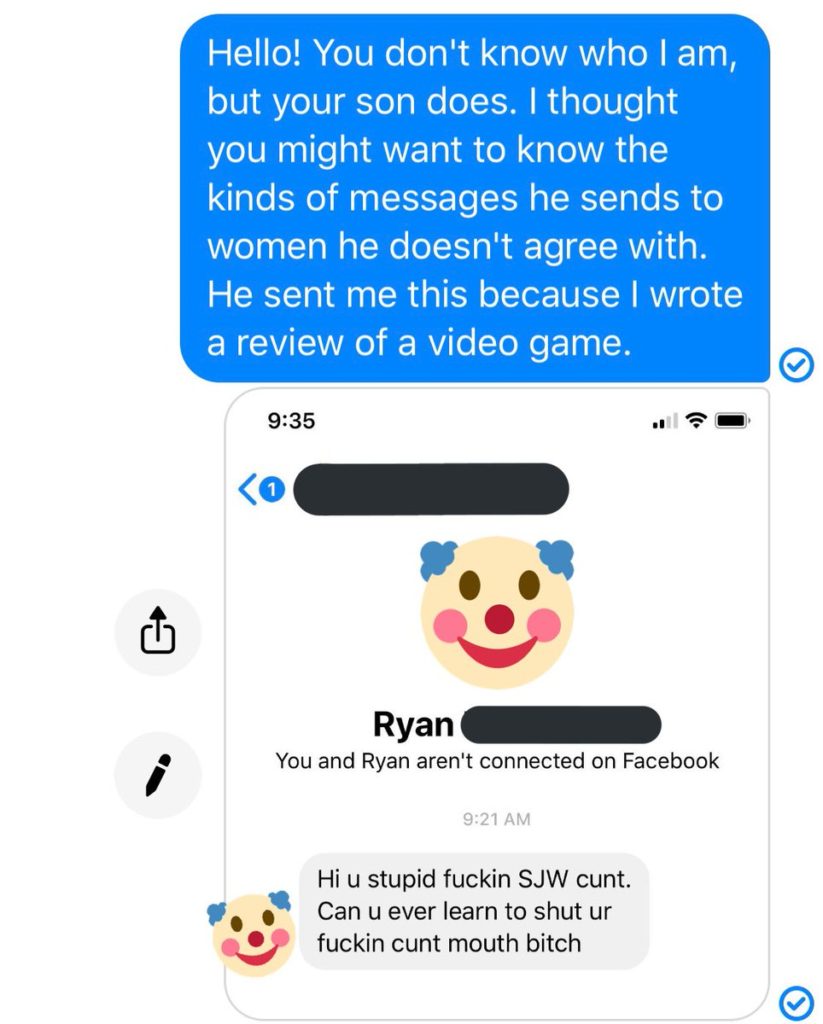 While this isn’t the first time a games journalist has taken a disgusting comment or threat directly to the mother, it does highlight just how effective the method is. Alanah Pearce, another gaming journalist, did the same thing back in 2014 with incredible results.

Today, people around the Internet are applauding Kallie’s genius and bravery, as well as being properly flabbergasted to learn the troll is 37 and not 13.

Nope, HE ruined it with his immature and shitty actions

This would be understandable if he was 36 or younger. But at 37 he really should know better

I don’t wanna hear that messages like these are just from young immature kids, that’s a full grown idiot.

imagine that phone call ryan's getting. love this.

Hopefully that grown man’s mouth is getting washed out with plenty of soap.