When you think your significant other is cheating on you, sometimes it’s hard to think clearly. You feel betrayed, hurt, and totally blindsided. So, you’ll do just about anything to find out the truth. Regardless of how hurt you are, there are just some things you just don’t ask.

Recently one girlfriend shared the story of an outrageous request her boyfriend made to prove she didn’t cheat on him. Apparently, she took a dump in her toilet and forgot to flush. Her boyfriend later came over and asked “who took a shit in her toilet.” She explained it was hers and she had forgotten to flush—but, he didn’t buy it. 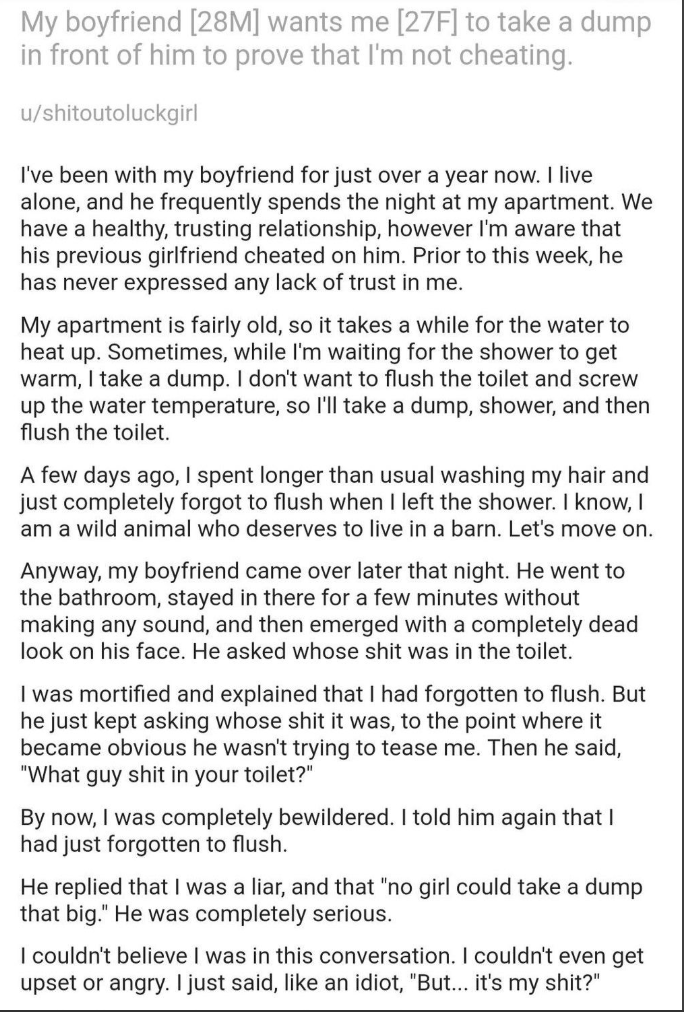 Essentially, in order to stay together, her boyfriend demanded she take a sh*t in front of him.

Word to the wise, sis: throw the whole man down the toilet with that turd.