Recently we wrote about a woman who went on a date with a man who she then didn’t speak to again until he texted her out of the blue six months later to explain that she was “disrespectful” for not contacting him. Yeah, it’s a lot to take in, I’ll give you a minute.

Well, in the comments on that post, another woman wrote, “Y’all got nothing on me.
Hung out once at a friends house, asked me out, and then this came.” She included screenshots ofa slew of texts that the guy sent her that are SO strange and utterly inappropriate they have to be seen to be believed.

He apologized for sending her such a strange text, but then he Just. Kept. Going.

Finally he stopped and asked the woman how she was feeling about all he was telling her. She was honest, and replied, “You scare me.”

He didn’t seem to want to take no for an answer and he was asking for a second chance when she let him know that she’d very much like him to leave her alone. She added that it was her job to “dispose of dead human bodies” and that if she ever saw him again, it would be her sliding him into her retort (presumably cremation retort).

I regret to inform you that I have just been roasted to within an inch of my life by this man who bought me one meal in October 2018 and has apparently been seething ever since pic.twitter.com/5iQJdIzCGy 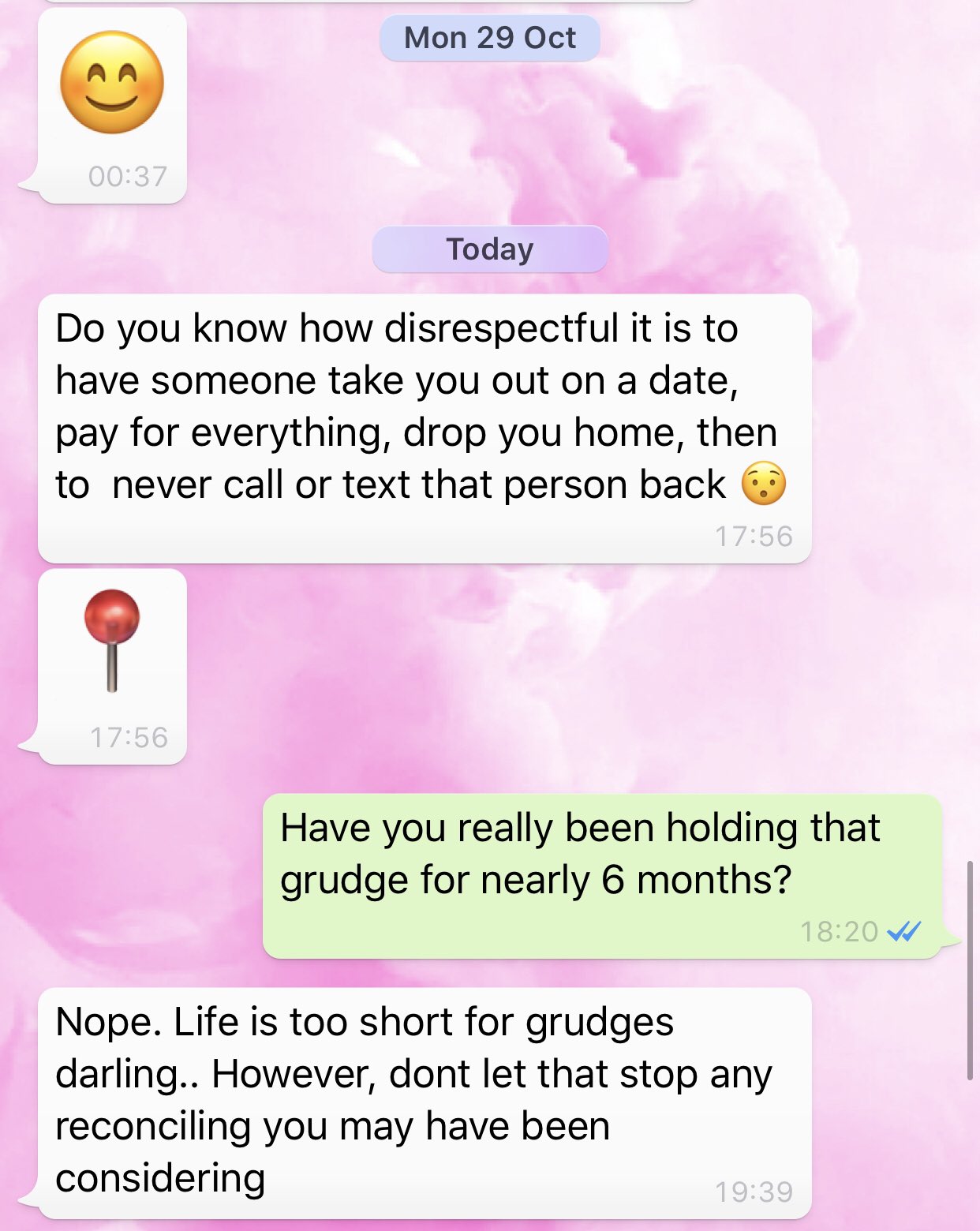 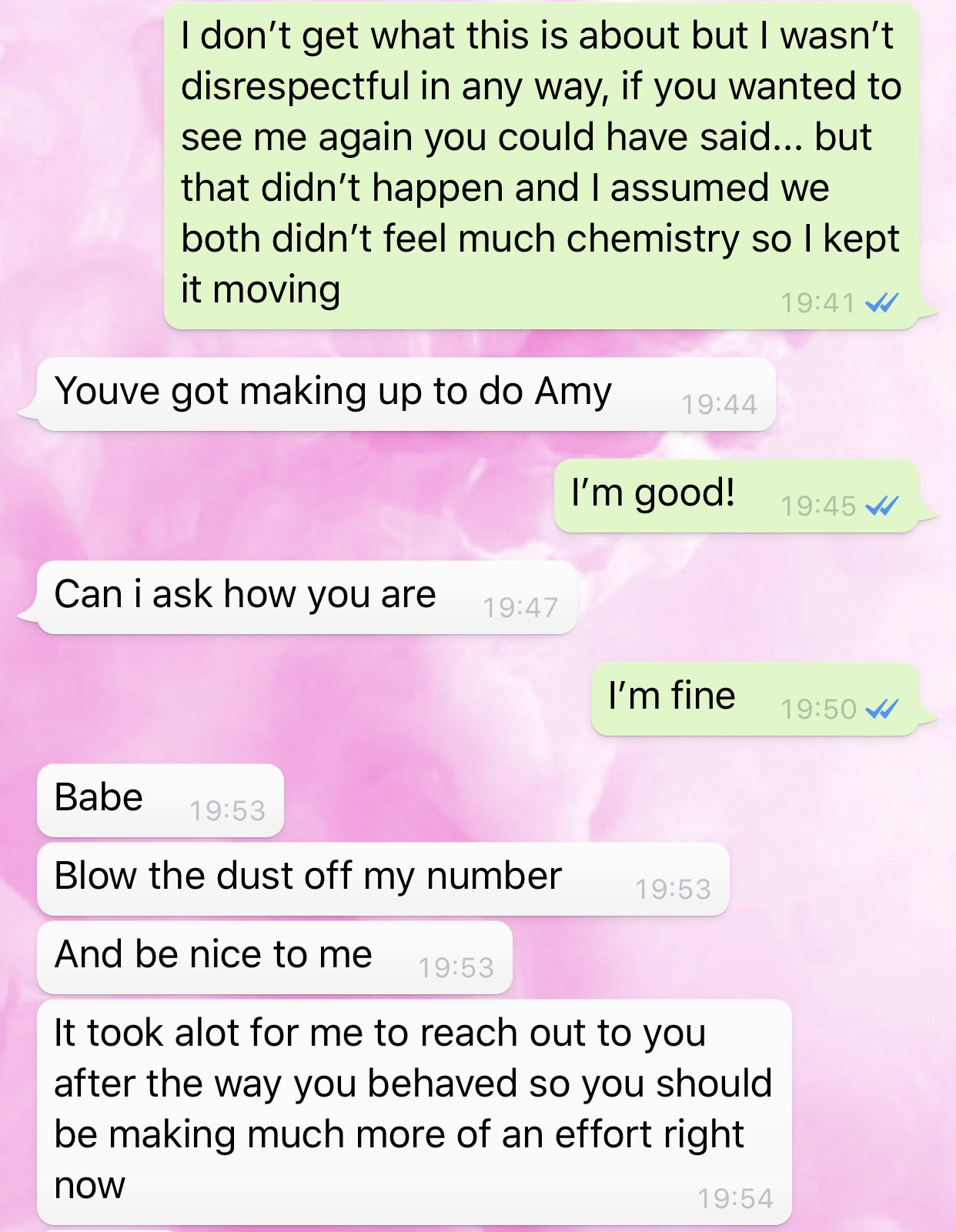 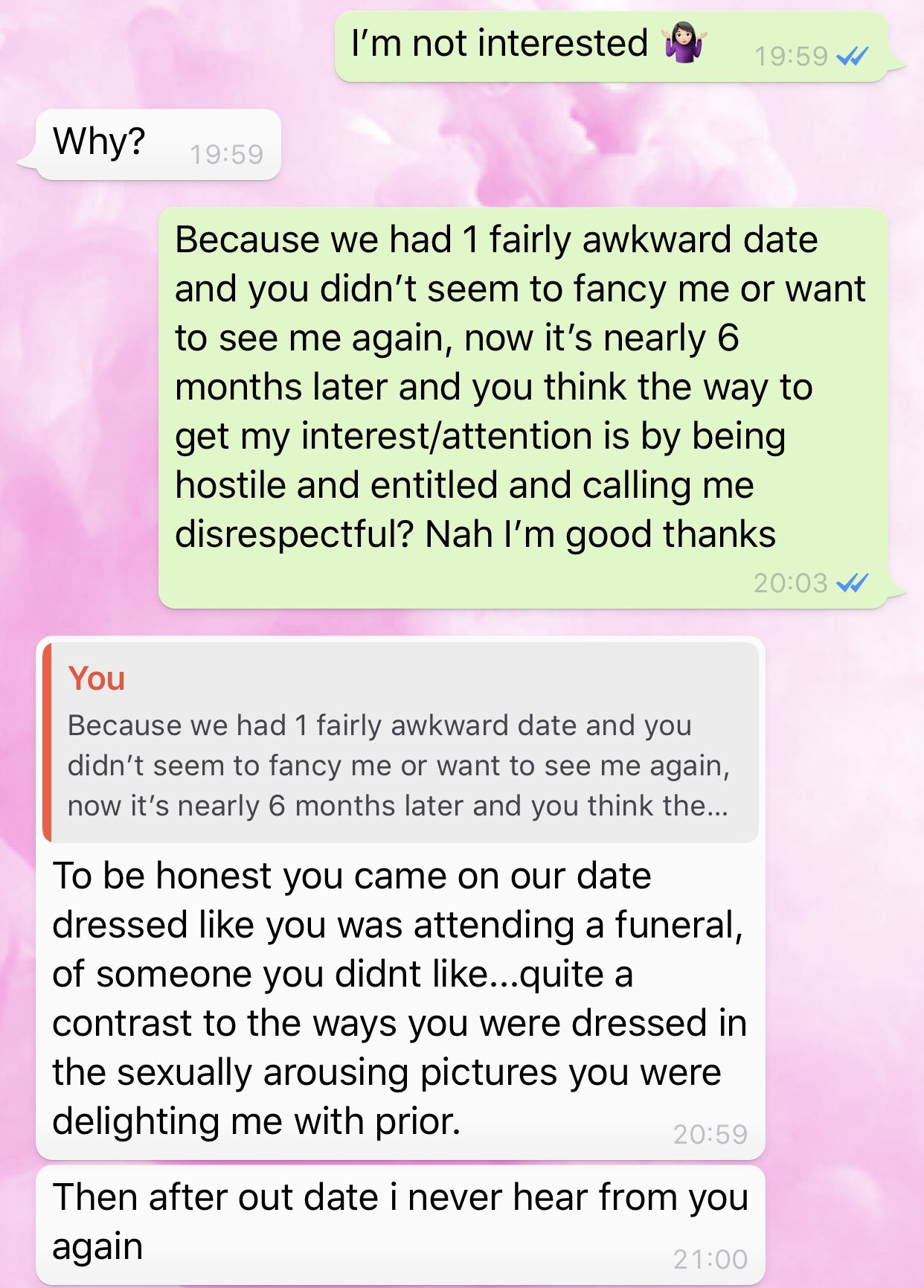 So. THAT WAS QUITE A TEXT CONVO.

But it leaves us wondering, how many more of you out there have received strange or inappropriate texts from men you barely knew?