Considering the popularity of Game of Thrones, it’s no surprise that many people feel personally invested. From all of the battles, to the losses, to the traveling—people have made Game of Thrones a part of their everyday life. And now that the show is finally coming to an end, fans everywhere are sad to see their beloved series disappear. But, if you’re a true, die-hard fan of the show, you’ll be glad to know you can visit many of the series’ filming locations, as well as very specific castles and “families.”

Where: The Azure Window, Malta

While many people have gone to see The Azure Window in Malta, in 2017, the structure did fall apart in a wild storm. However, the remains are still there.

Many places that appear in Game of Thrones happen to be located in Croatia. But, most notably, The Stradun, which is the street between the Cathedral in Dubrovnik and Sponza Palace, is where Cersei and many others have had their infamous “walks of shame.”

You may have forgotten about Yunkai, the place where Daenerys liberated the people held as slaves in Slavers Bay, but if you haven’t—you can visit the place at any time. They also offer tours for a small fee of $40.

Ah, Winterfell, where it all began. You can visit the home of the Starks yourself—minus the crypt with Ned Stark’s body. The castle stands since the 13th century and holds sacred memories for just about every GoT fan.

Yunkai and Astapor changed locations after the filming of Season Three. Daenerys was stationed in both locations for a long while, trying to grow her armies.

The Iron Islands—where the Greyjoys rule—is a big part of Game of Thrones. The castle itself is ruined, but you can still see the homeland of Yara and Theon.

7. Sunspear and the Water Gardens

Where: Alcázar of Seville, Spain

The Sunspear and the Water Gardens were known in Game of Thrones as the place where House Martell was stationed in between the North and Dorne. They’re just as beautiful in real life as they are in the show.

8. The Long Bridge of Volantis

Where: The Roman bridge of Córdoba, Spain

This famous bridge is a focal point of Season 5, particularly in a scene where Tyrion and Varys take a long, long walk down the bridge to talk. The actual bridge located in Spain is still there—built in early 1st century BCE. 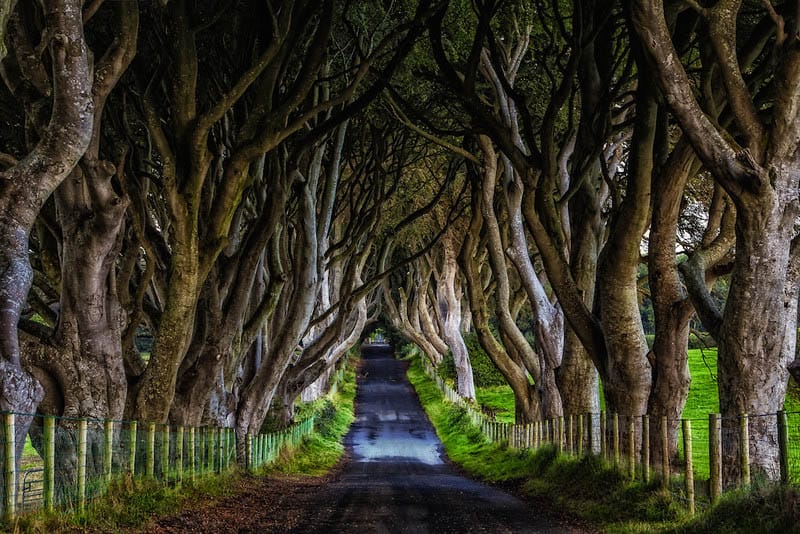 Where: The Dark Hedges in Northern Ireland

The famous road that Arya travels down while escaping King’s Landing in hopes of finding her family is located in the Dark Hedges in Northern Ireland. Many GoT locations are filmed in Ireland, which hosts hundreds of tours and events that’ll take you to see the beautiful filming spots. 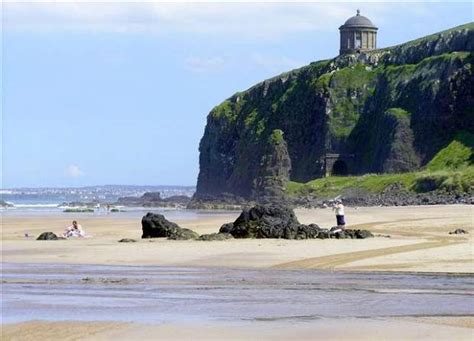 Dragonstone, where Daenerys is from, and where Jon Snow discovers caves filled with dragonglass, is actually a seven-mile-long beach in Northern Ireland.

11. The House of the Undying in Qarth 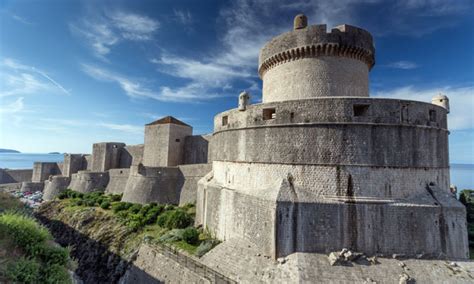 Where: Minceta Tower in Dubrovnik, Croatia

The House of the Undying is actually filmed in the same location as King’s Landing. It’s the Minceta Tower in Dubrovnik, Croatia. Remember when Daenerys is searching for her missing dragons?

Besides the Night King’s army of the dead, who doesn’t want to go beyond the wall? You can get your chance to see where all of the magic and fighting happens in Iceland for yourself. 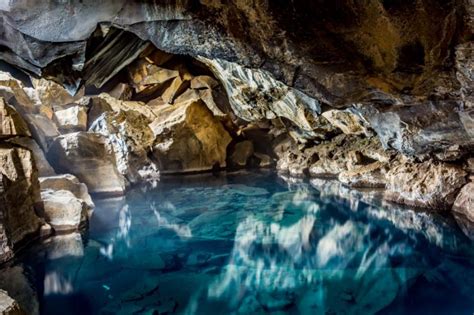 Take your own lover to the beautiful caves where Jon Snow truly learned that he knew nothing with his one, true love. You’ll be happy to know Jon Snow himself was butt naked in that cave, which is as closeas you’ll get to Jon Snow butt naked ever in your life.

14. Port of Pyke in the Iron Islands 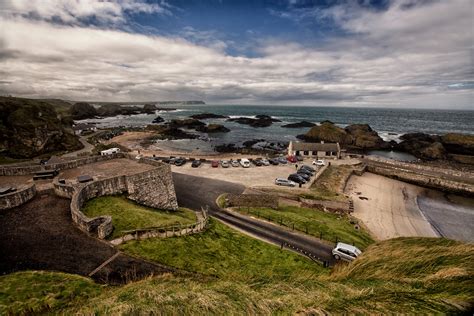 Remember when Theon finally returned home to the Iron Islands in Season 2 and his sister tried to trick him into sleeping with her? Come see the famous port where it all went down in Northern Ireland’s beautiful Ballintoy Harbour.

Similar to the areas beyond the wall, the Free Folk live in Iceland. The area is said to be “connected to hell,” according to Icelandic folklore. Who knows—could explain why the Wildings live there.